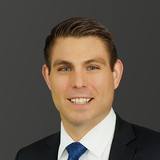 Ron is the managing shareholder of Chapman Law Group’s Michigan Office and represents clients nationally in the areas of health care fraud and abuse, federal investigations, DEA registration matters, and physician licensing defense. As a former prosecutor, Ron also has a significant amount of experience dealing with state and federal agencies during high-level criminal investigations, criminal trials, and administrative proceedings.

In his most recent trial, United States v. Dr. A, two physicians were...


Free ConsultationCriminal, DUI & DWI, Divorce and Family
Chicago-Kent College of Law, Illinois Institute of Technology
Compare Save
Show Preview
View Website View Lawyer Profile Email Lawyer
Detroit Attorney Joshua Ben is a graduate of The Ohio State University and Chicago-Kent College of Law. He was a member of Sigma Alpha Mu while attending The Ohio State University. He was admitted to practice in the State of Michigan in 1999. He is admitted to practice law in the Eastern District and Western District of the U.S. District Court. He is a member of the Oakland County Bar Association and the Detroit Bar Association. 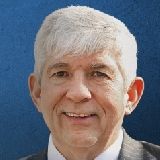 Claimed Lawyer ProfileSocial Media
Carl E. Pierce II
Charleston, SC Attorney
(843) 722-7733 321 East Bay Street
Charleston, SC 29401
Personal Injury
Compare Save
Show Preview
View Website View Lawyer Profile Email Lawyer
Based out of Charleston, Carl E. Pierce II offers compassionate and caring representation to clients. Carl takes on a wide range of cases, including product liability claims, professional negligence cases, legal malpractice defense, toxic torts, construction claims, and personal injury cases. With nearly 30 years of experience, he knows how to craft strong and compelling cases on behalf of his clients. Carl has been recognized for his legal skill with an AV Preeminent® rating from Martindale-Hubbell®, inclusion in the Super Lawyers® list, and selection to Best Lawyers in America in the Defense of Mass Torts since 2010. If you are...

Immigration
USC Law School
Compare Save
Show Preview
View Website View Lawyer Profile Email Lawyer
The Law Firm of Leon Hazany and Associates, provides legal representation in U.S. Immigration matters. He is Certified as a Specialist in Immigration and Nationality Law by the California Bar Association's Board of Legal Specialization. 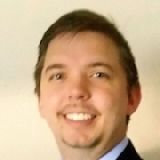