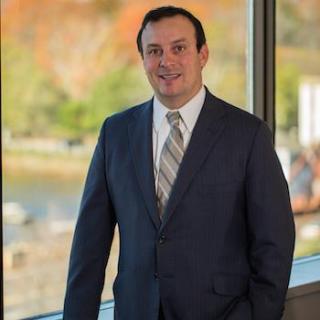 Sean Flaherty joined Keches Law Group, P.C. in 2004 with a background in the construction industry. He is a former member of the Local 7 Steel and Ironworkers Union. Sean represents injured workers in all phases of workers’ compensation litigation including Conciliations, Conferences and Hearings before Administrative Law Judges at the Department of Industrial Accidents. He also handles Social Security Disability claims, as well as cases involving employment discrimination, sexual harassment and wrongful termination.

Before joining Keches Law Group, P.C., Sean interned with the Norfolk County District Attorney’s Office. Attorney Flaherty is the standing President of the Bristol Bar Association and on their Board of Directors since 2011; Co-Chair of the Workers’ Compensation Section of the Massachusetts Academy of Trial Attorneys since 2012; President of the Taunton Bar Association since 2011; Vice President of Kids’ Chance of Massachusetts, Guest Professor at New England School of Law; Board of Directors at MassCOSH (Massachusetts Coalition for Occupational Safety and Health), and member of Workers’ Injury and Advocacy Group. Sean was named in 2018 Boston Magazine’s Super Lawyers edition as one of Massachusetts’ “Super Lawyers” and prior as “Rising Star”, 7 years in-a-row. He is also the recipient of Massachusetts Lawyers Weekly Excellence in The Law Award in 2011 and 2012.