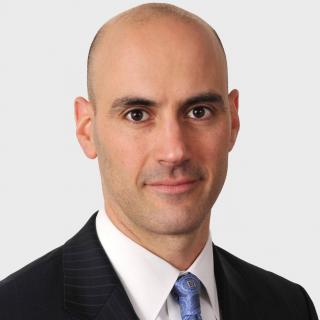 Michael J. Epstein, New Jersey personal injury attorney, has represented individuals in Bergen County, New Jersey, and the surrounding areas in a broad range of personal injury and employment law cases for nearly 25 years. At the Epstein Law Firm in Rochelle Park, Mr. Epstein represents clients in cases of medical malpractice, other professional malpractice, product liability, premises liability, wrongful death and car accidents, and he also is a capable litigator, taking on complex employment law and business litigation cases. He has obtained certification as a civil trial attorney from the Supreme Court of New Jersey. He was subsequently admitted to the New Jersey Bar, followed by the New York State Bar and the U.S. District Court for New Jersey and the Southern and Eastern Districts of New York in 1997. He is also admitted to practice before the U.S. Court of Appeals for the 3rd Circuit. Well-regarded for his legal knowledge and ranked among the Ten Leaders for civil trial and personal injury law in the state, Mr. Epstein has served as a speaker and moderator at numerous seminars and other events conducted by the Bergen County Bar Association, the New Jersey Association for Justice and others. Among his more notable cases, Mr. Epstein represented a patient who suffered complications from a failed spine fusion in a landmark medical malpractice case, Murphy v. Implicito, which reinforced the need for doctors to provide an informed consent. He has additionally distinguished himself as a member of the Million Dollar Advocates Forum, reserved for lawyers who have obtained a judgment in excess of $1 million for their clients. Michael was the President of the Bergen County Bar Association from 2017-2018 and was named a Top 100 Super Lawyer as recognized in New Jersey Monthly.

Recognition
American Board of Trial Advocates
2019
to present

New Jersey Association for Justice (NJAJ)
Board of Governors
2012 - Current

A Solution Without a Problem (Co-Author)
New Jersey Law Journal
May 12, 2014

Changes to "But For" Proximate Cause Charge, Medical Malpractice Seminar
May 2018
NJAJ Boardwalk Convention

Program Co-Chair and Moderator, Evidence Issues Before and During Trial
November 2014
NJAJ College of Trial Advocacy

Were you injured in a motor vehicle accident? Call the car accident lawyers at the Epstein Law Firm, P.A. for a consultation: 201-380-7687.