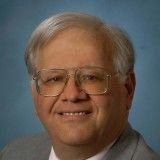 Mr. Phillips practice has been devoted exclusively to the field of matrimonial and family law since he was first admitted in New York in 1974. He is a member of the Rockland County Bar Association, the New York State Bar Association and, the American Bar Association and is a member of the Family Law Sections of all of those bar associations. Mr. Phillips served on the Board of Managers, and then served as a vice president of the New York Chapter from 2002 to 2004, and then again served on the Board of Managers. He has lectured on various... 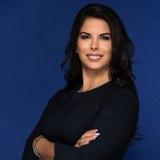 Karina is a member of the Florida State Bar and is admitted to practice in both... 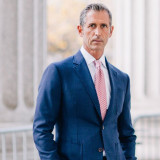 
Free ConsultationArbitration & Mediation, Civil Rights and Employment
St. Thomas University School of Law
Compare Save
Show Preview
View Website View Lawyer Profile Email Lawyer
The managing partner at Phillips & Associates, William K. Phillips dedicates his practice to protecting the rights of employees in the workplace. His firm has handled thousands of employment cases, including discrimination and sexual harassment claims. Mr. Phillips has been recognized as one of the “10 Best Labor and Employment Attorneys in New York” by the American Institute of Legal Counsel and among the “Top 100 Labor & Employment Lawyer in New York” by the American Society of Legal Advocates. 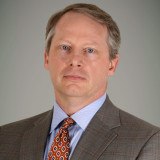 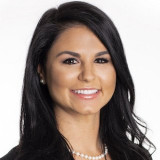 Dayne is a former President of the South Carolina Association of Criminal Defense Lawyers and former circuit representative on that organization's Board of Directors. He is also a graduate of the National Criminal Defense College and... 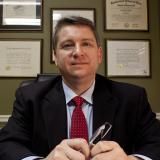 Free ConsultationMedical Malpractice and Personal Injury
Cumberland School of Law, Samford University
Compare Save
Show Preview
View Website View Lawyer Profile Email Lawyer
Jackel & Phillips, PC is a civil litigation law firm which provides personalized, experienced and always professional legal services to each and every individual who relies upon our team for help in cases of automobile wrecks, serious injury, wrongful death, harmful consumer products and medical malpractice cases (including hospital, nursing, or physician negligence). We understand that being injured due to the negligence of another is frustrating, stressful, and can radically change the way you live your life — and we believe that we offer the critical know-how and expertise gained by years of education and courtroom practice to guide you... 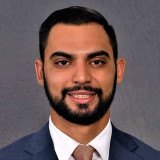 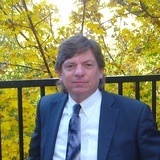 Claimed Lawyer ProfileOffers Video ConferencingQ&ASocial MediaResponsive Law
D. Michael Phillips
Nevada City, CA Lawyer with 29 years of experience
(530) 265-0186 305 Railroad Ave., #5
Nevada City, CA 95959
Free Consultation Offers Video Conferencing Video ConfCannabis Law, Criminal, DUI & DWI and Personal Injury
Santa Clara Univ School of Law
Compare Save
Show Preview
View Website View Lawyer Profile Email Lawyer
Phillips Law Offices Online Injury Law
Now a great personal injury attorney is never more than a mouse click away!
We understand the uncertainty and anxiety that comes with an accident or injury during normal times. We know that the coronavirus outbreak can magnify those feelings. But we are still here to help you. You may think that social distancing and shelter-at-home requirements mean that you can’t get the legal help you need to pay the bills caused by your accident.

But you don’t need to leave your home for us to help you! With a virtual consultation, we can... 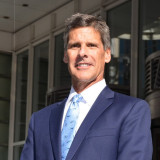 
Free Consultation Offers Video Conferencing Video ConfMedical Malpractice and Personal Injury
Loyola University Chicago School of Law
Compare Save
Show Preview
View Website View Lawyer Profile Email Lawyer
Stephen D. Phillips, past President of the Illinois Trial Lawyers Association, is known statewide for his tenacity, persistence, and skill in the courtroom. His reputation includes an unbridled passion for serving and obtaining justice for injured people who have faced or are facing difficult situations resulting from the negligence and wrongdoing of others. In 2011, Steve was inducted into the International Academy of Trial Lawyers, which is made up of lawyers elected worldwide and limited to 500. Mr. Phillips is frequently asked by both lawyers who have opposed him and even opposing parties to represent their families and friends in... 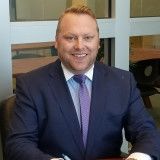 He was born and raised in Johannesburg, South Africa. He attended college in the United Kingdom and Law School in New York.

In the past, he has worked for some of the largest and most prestigious law firms in New York City, as well as In House for two publicly traded companies.

Grant is well known for his articles on Consumer and Small Business Bankruptcy and Debt Settlement.... 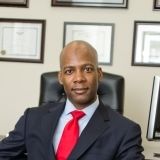 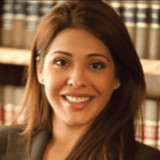 Free ConsultationBankruptcy, Nursing Home and Personal Injury
Compare Save
Show Preview
View Website View Lawyer Profile Email Lawyer
Cristina Perez Hesano is a bankruptcy, personal injury, and civil litigation attorney with a Master of Arts in Criminal Justice and Juris Doctorate from Arizona State University. After starting her career as a judicial extern in the U.S. Bankruptcy Court, District of Arizona, for the Honorable Redfield T. Baum, Cristina gained experience in consumer bankruptcy matters at two law firms, honing the skills that would allow her to open her own firm. In 2010, Cristina established Perez Law Group, PLLC.

At Perez Law Group, PLLC, Cristina provides experienced representation to individuals and businesses in bankruptcy and debt negotiation, as well as...

Free ConsultationSeton Hall University
Compare Save
Show Preview
View Website View Lawyer Profile Email Lawyer
Douglas Phillips maintains a practice of 50% financial transactions (sale of assets, disposition of assets, establishment of trusts, enforcement of judgments) and 50% tort law (fraud, misrepresentation, catastrophic injuries, personal injuries). He is able to resolve issues in a timely and efficient fashion by giving full attention to the client and educating the client about his or her rights.

Phillips Law Group also provides services for individuals seeking to do business abroad or seek permanent residence or a second passport from countries other than the United States.

Free ConsultationBusiness, Construction, Legal Malpractice and Real Estate
UC Hastings COL
Compare Save
Show Preview
View Lawyer Profile Email Lawyer
Gail V. Phillips holds a J.D. from Hastings College of the Law in San Francisco, as well as a B.A. in Psychology and M.B.A. from California State University Los Angeles. Ms. Phillips has over 25 years of experience in Business Law, Real Estate Law and Business Litigation. Ms. Phillips has drafted and negotiated hundreds of commercial leases for both landlords and tenants. She has counseled companies in all aspects of Business Law, from formation of entities, to contracts and dissolutions. She represents high wealth individuals as their private counsel, small companies and large, multi-national corporations. Ms. Phillips... 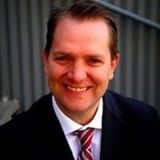 
Criminal, Family, Immigration and Insurance Claims
Texas Tech University School of Law
Compare Save
Show Preview
View Website View Lawyer Profile Email Lawyer
A graduate of Coronado High School in Coronado, California, Gabriel now resides and practices in Texas. Mr. Perez is a Graduate of Texas Tech School of Law, where he was a writer for the Texas Bank Lawyer publication. Gabriel is now a litigator whom has appeared before the United States Supreme Court in the landmark case "Mesa v. Hernandez" dealing with international application of Bivens. Mr. Perez is licensed to practice in Texas and New Mexico as well as the corresponding Federal circuits. 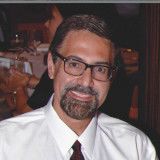 As a qualified and experienced DUI Defense Attorney, I... 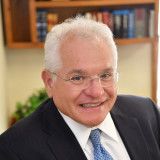 Mr. Phillips devotes a significant portion of his practice to business litigation. The types of cases that he has handled in this regard have included trade secret misappropriation, contract breaches, partner and shareholder actions, and purchase and sale disputes. Mr. Phillips also has extensive...

Free ConsultationBankruptcy
Nashville School of Law
Compare Save
Show Preview
View Website View Lawyer Profile Email Lawyer
David started Bankruptcy Practice as soon as he was admitted to the Bar to practice law in 1986. Since that time he has practiced Bankruptcy Law almost exclusively and has filed over 7000 bankruptcy cases over the past 31 years. David concentrates on Chapter 13 and Chapter 7 cases mainly dealing with Consumer Bankruptcy cases. He was Board Certified in Consumer Bankruptcy Law in 1995. He maintains a small office practice with his wife, Debbie Phillips, being his paralegal, almost from the beginning of his practice. Over the years his Father and David and Debbie’s son, Justin, has also worked... 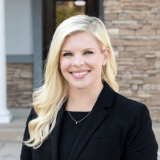 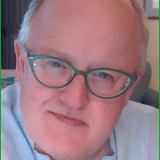 His and his firm's passion is to engage and collaborate with domestic and international entrepreneurs and investors to help them identify, grow, enjoy, and monetize their real and intangible assets, ideas, and resources here and abroad. 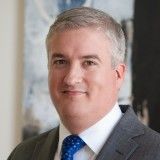 Free ConsultationMedical Malpractice, Personal Injury and Products Liability
University System of Georgia - University of Georgia
Compare Save
Show Preview
View Website View Lawyer Profile Email Lawyer
Attorney Michael E. Perez, managing partner at Warshauer Law Group, is a passionate advocate on behalf of families and individuals who have suffered due to the negligence and recklessness of others. Focusing on medical malpractice, birth injury and wrongful death cases, Attorney Michael capably handles cases that have severely impacted his clients’ lives. Michael is well-regarded for his devotion to his clients’ cases and holds an AV Preeminent rating, the highest possible rating in both legal ability and ethical standards.

Michael was born and raised in Atlanta, Georgia after his parents and sisters emigrated from Cuba in 1970. He has lived... 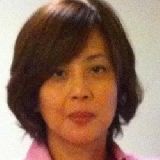 
Free ConsultationImmigration
University of San Diego School of Law and San Beda College of Law
Compare Save
Show Preview
View Website View Lawyer Profile Email Lawyer
SUSAN V. PEREZ, ESQ. is a member of both the California and Philippine Bars with a combined sixteen (16) years of experience in both jurisdictions in the areas of Immigration and Naturalization, Appellate, Juvenile Dependency, Family, Corporate, Civil, and Criminal Law. She earned her Law degree from San Beda College, Philippines and is pursuing a Master’s of law degree at the University of San Diego, California. Atty. Perez is also admitted to practice before the Immigration and Naturalization Service, Immigration Courts, Board of Immigration Appeals, Ninth Circuit of the Court of Appeals, U.S. District Court for the Central and... 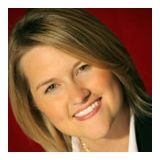 Claimed Lawyer ProfileSocial Media
Julie Phillips
Agricultural, Business, Landlord Tenant and Real Estate
Ohio State University - Columbus
Compare Save
Show Preview
View Website View Lawyer Profile Email Lawyer
Julie Phillips, as Assistant Chief Legal Counsel for the Ohio Department of Agriculture, provides legal counsel and advice for the Ohio Department of Agriculture while assisting government in being small business friendly. Julie Phillips’ passion for small business and agriculture started when she was 5 years old, cleaning off tables and washing dishes in the back of her parents’ Italian restaurant, eventually working her way up through the ranks to management. Valuing fresh food in the restaurant business, she also spent many years helping on the family farm growing fresh produce and tending livestock. Recognizing the many... 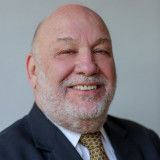 Free ConsultationIllinois Institute of Technology
Compare Save
Show Preview
View Website View Lawyer Profile Email Lawyer
Gary Phillips is the senior partner and founding member of the law firm of Gary Phillips Accident Law Professionals. He attended Arizona State University and graduated with a Bachelor in Science and he received his Juris Doctorate at the Chicago Kent College of Law at Illinois Institute of Technology.

Prior to starting his current law firm he was a founding member and senior partner with the law firm of Phillips & Lyon. For more than forty years he limited his practice to representing only injured people. During his time with Phillips and Lyon he personally represented all the significantly injured... 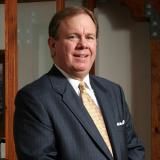 Free ConsultationCriminal, DUI & DWI and Juvenile
Compare Save
Show Preview
View Website View Lawyer Profile Email Lawyer
In 1989, Robert M. Phillips became the first criminal defense lawyer in Williamson County history to be Board Certified as a Specialist in Criminal Law by the Texas Board of Legal Specialization. This is particularly impressive since fewer than 10 percent of all criminal lawyer in Texas are Board Certified Specialists in any field. In 2006, Mr. Phillips was named by the Texas Monthly Magazine and the Law & Politics Magazine, among Texas Super Lawyers, an honor accorded to only five percent of all Texas attorneys. Robert Phillips’ career spans over 25 years; he has tried over 200 jury...
Next
FAQ Lawyers Get Listed