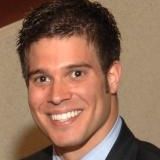 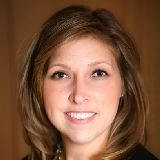 Arbitration & Mediation, Divorce, Domestic Violence and Family
University of Baltimore School of Law
Show Preview
View Website View Lawyer Profile Email Lawyer
Litigation, Mediation, and Collaborative Services - Divorce and Family Law. Shelly Ingram has represented Maryland divorce, child support, child custody, and domestic violence clients since 2004. At the Law Office of Shelly M. Ingram, we will listen to you and provide both legal and practical advice about the strengths and weaknesses of your unique family law case. Shelly understands that family transitions can be extremely difficult and information may be the key to unlocking your peace of mind. An experienced divorce lawyer, Shelly will work closely with you to develop an individualized strategy that meets the emotional...
Compare Save

Her personal interests include owning and operating a paint and sip studio with her family in New Jersey, conducting genealogy research, and writing.
Compare Save

Offers Video ConferencingVideo ConfCivil Rights, Criminal and Immigration
University of Nebraska - Lincoln
Show Preview
View Website View Lawyer Profile Email Lawyer
S. A. Mora James, JD, has been practicing law since April 22, 1992. Mora James is a seasoned litigator both in Federal and State courts of Nebraska including the U.S. Immigration Court in Omaha. In addition, Mora James has Appellate experience in the U.S. Appeals Court of the 8th Circuit and the U.S. Supreme Court. Mora James respectfully represents clients across the State of Nebraska. Mora James is dedicated to provide top quality legal services to all people with compassion and understanding in the most welcoming atmosphere possible. Mora James believes that the pursuit of Justice should be available to all...
Compare Save
Next
FAQ Lawyers Get Listed