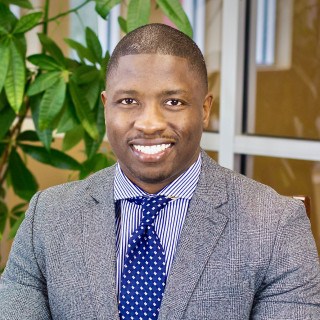 Sekou Clarke was born in St. Andrew, Jamaica, where his discipline and athletic ability earned him a full athletic scholarship to the University of Florida (UF). While at UF he was Team Captain, ten-time All-American and helped the Gators to two national titles in Track and Field. Sekou graduated with a B.S. in Tourism and Hospitality Management and earned All SEC and Academic Honor Roll Honors.

After graduating from UF he competed professionally and represented Jamaica internationally competing in over 15 countries worldwide. During this time, he earned his MBA in Marketing from St. Leo University.

Sekou was urged and inspired at an early age to be an attorney by his close life long mentor, the Honorable Patrick Robinson, Judge of the International Court of Justice in The Hague, Netherlands. After retiring from competition, Sekou followed his dream to be an advocate for people with a voice that needed to be heard and rights that needed to be protected. He pursued his Juris Doctor from Florida Coastal School of Law and became a licensed Florida attorney.

Sekou’s experience with working with immigrants, the injured and traveling the world developed his passion for representation and honed a keen sense for litigation. The discipline and patience from Sekou’s sports background is evident in his zealous approach to fighting for his clients and his unyielding dedication in ensuring that his clients are adequately heard and compensated.