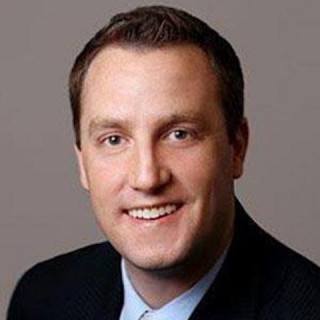 Patrick has been privileged to practice at Tomasik Kotin Kasserman since its doors opened in April 2013. In 2019, Patrick became the first attorney Tim Tomasik, Dan Kotin, Shawn Kasserman, and Bob Geimer elevated to partner.

Patrick has been part of trial teams that have obtained more than $40 million in verdicts on behalf of clients. Notably, along with Tim Tomasik and Bob Clifford, Patrick obtained a $25.9 million verdict on behalf of a client severely brain-injured in a horrific taxicab crash. He also obtained a $2.5 million judgment on behalf of a woman who suffered bilateral femur fractures in a bus crash in Mexico.

Patrick has handled numerous appeals and successfully argued to affirm a 2016 jury verdict before the First District Appellate Court. He has been part of appellate teams that protected an apparent agency verdict against a cab company on behalf of a severely brain-injured client and reversed summary judgment in an apparent agency case against a hospital in a case involving a child severely harmed during birth.

In 2016, Patrick was honored by the Chicago Daily Law Bulletin as a top 40 Under 40 attorney. This list recognizes young attorneys who have the intelligence, passion, success in the office, desire to help the community, and a willingness to work hard at one of the country’s most important professions.

Runner
Bunger and Robertson Attorneys at Law
2007 - 2008
Filed documents with the court and performed general office duties including answering phones and submitting paperwork to clients Ran errands for partners and associates, and assisted with document preparation

Intern
Sports Illustrated
2007 - 2007
Researched extensively, reported, and fact-checked stories for publication Updated the Sports Illustrated Copy Editing Manual Copy edited for all parts of the magazine, including Rick Reilly's weekly Life of Reilly column Edited in tandem with Senior Editors for golf writer John Garrity's Tiger 2.0 . . . and Other Great Stories from the World of Golf