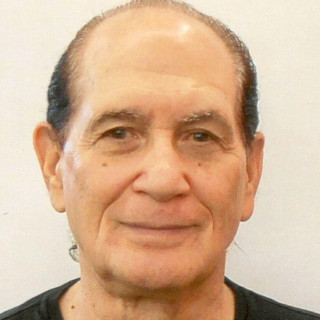 I give Mr. Brandes the best rating based upon his superb knowledge of the law, his clear and effective writing, and speaking and his litigation skills.
Read All Lawyer Reviews
Badges
Claimed Lawyer ProfileOffers Video ConferencingBlawg SearchSocial MediaResponsive Law
Biography

Joel R. Brandes, of the New York Bar, concentrates his practice in New York divorce and family law appeals. He also consults with and advises attorneys on appellate, trial court and international child abduction matters in all of the New York state and federal courts. He has been recognized by the New York Appellate Division as a "noted authority and expert on New York family law and divorce ” (See Matter of Brandes, 2015 WL 4664743, 2015 N.Y. Slip Op. 81096(U) (2d Dept.,2015)). He is the author of the treatise Law and the Family New York 2021-2022 Edition (12 Volumes, Law and The Family New York, 2d (9 volumes), Law and the Family New York Forms 2021 Edition (5 volumes) (all Thomson Reuters), and the New York Matrimonial Trial Handbook (Bookbaby). His ”Law and the Family” column is a regular feature in the New York Law Journal. He wrote the Digest of Equitable Distribution Cases and Equitable Distribution Case Law, both published by the New York State Bar Association, and has been a contributor to several law books. Mr. Brandes has written and lectured extensively on family law and international child abduction. He has authored more than 500 published articles that have appeared in legal journals. Mr. Brandes was counsel in the landmark Court of Appeals cases of Morone v. Morone, Tucker v. Tucker, and McSparron v. McSparron, and has more than 120 reported New York trial or appellate decisions. He earned his J.D. at Brooklyn Law School and his LL.M. at New York University.

The Association of the Bar of the City of New York
Member
2019 - Current
Activities: Member, Committee on Courts of Superior Jurisdiction

Preserving the Right to Appeal
New York Law Journal
May 10, 2021

Is there a Domestic Relations Exception to Diversity Jurisdiction (Written with Hon. George B. Daniels)
New York Law Journal
August 5, 2020

The Resurrection of Marital Fault
New York Law Journal
May 18, 2020

Blog
A Child is Missing: The International Child Abduction Blog