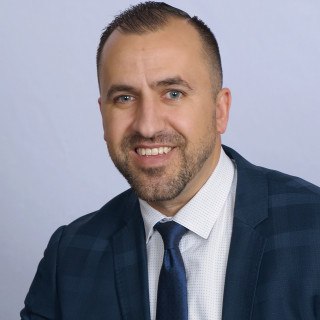 Brian grew up in Nogales, Arizona, a city that lies along the border of the United States and Mexico. Growing up in Nogales gave Brian a unique perspective on some of the major issues our country is currently facing; including but not limited to immigration and drug trafficking. Brian’s is the son of a refugee. His mother was born in Cienfuegos, Cuba. Although she naturalized many years before her birth, Brian witnessed firsthand the traumatic effects that immigrating to a foreign country at a young age can cause. In 1961, at the age of seven, his mother immigrated to the United States without her parents during Operation Pedro Pan. Brian’s passion for helping immigrants with their immigration process comes not only from being the son of an immigrant, but also from having lived in a bordertown. Brian recognizes that even good people can succumb to the pressures and temptations of life. He truly believes that every person accused of a crime deserves the best representation and the opportunity to demonstrate that their charges do not define them as a person.

When faced with a criminal or immigration court case, let Brian defend you or your loved one!

Q. I’m about to begin diversion for a non drug related offense in AZ and will be drug tested. Can I use medical marijuana?
April 15, 2022
A: Short answer, yes; you can use your prescribed marijuana. In REED KALIHER v. State of Arizona, the Arizona Supreme Court held, AMMA bars courts from imposing a probation condition prohibiting the use of medical marijuana pursuant to AMMA. While this case dealt specifically with probation, the reasoning behind the Court’s holding should apply to a person on diversion as they would have greater liberties than a probationer.

Q. If contacted by a detective about a stament I mabe do I need to talk to them
February 8, 2022
A: No, you’re not required to speak to detectives or any law enforcement for that matter. You have the right to remain silent and the right to have an attorney present during questioning. You must however expressly invoke these rights. Meaning you must tell the detective that you wish to remain silent and not answer any questions.

Q. My son's public record reads Disposition: Court Dismissal" What does that mean?
July 15, 2021
A: I would highly recommend contacting the clerk of the court directly. Often times defendant’s are charged with multiple counts and may have, as part of a plea agreement, had some counts “dismissed by the court” while being convicted of a separate count. Hopefully, your sons case is dismissed entirely. Contacting the court directly is the best way to know for certain.