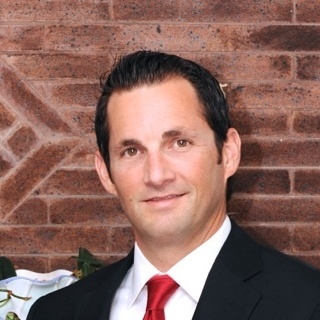 Are you Adam? Claim your profile to update. Your Workers' Compensation Attorney
Review This Lawyer
Compare Save
Badges
Social Media
Biography

Adam Walcoff was born and raised in Atlantic County. He attended Rutgers University, graduating with honors. The following year he taught history at Egg Harbor Township High School and was assistant coach for the Eagles swim team and Baseball team. At the end of the school year, he began law school at the Widener University School of Law. During his law school career, Mr. Walcoff was Vice President of the Student Bar Association, a member of the Trial Advocacy Honor Society, Phi Delta Phi Honors Chapter and an Executive Board Member of the law review, Widener Law Symposium Journal. He is the author of the article, The Restructured Global Environment Facility: A Practical Evaluation for Unleashing the Lending Power of GEF, 3 Widener L. Symp. J. 485 (Fall 1998). Upon graduation, Mr. Walcoff was appointed as Law Clerk to the Honorable Marvin N. Rimm, J.T.C. Shortly after, he became an Associate with a local firm and served as assistant solicitor for Egg Harbor Township. Thereafter, he accepted an appointment as Assistant County Counsel for Atlantic County as trial counsel. Following his tenure as Assistant County Counsel, he focused his career on Workers Compensation on behalf of injured workers exclusively. In 2003, he co-founded DeNafo & Walcoff with his law partner, Brandon DeNafo. Mr. Walcoff is admitted to practice in New Jersey, Pennsylvania, United States District Courts and the United States Third Circuit Court of Appeals. Early in his career, Mr. Walcoff was awarded the Benjamin Rimm Award as Outstanding Young Attorney and was named a member of the Top 40 under 40 by Atlantic City Weekly. He is a past Trustee of the Atlantic County Bar Association and a Barrister of the New Jersey Workers Compensation American Inn of Court. However, most prominently, he is certified by the Supreme Court of New Jersey as a Workers Compensation Attorney, recognition less than 3% of all attorneys ever achieve. Born and raised locally, Mr. Walcoff is a proud member of our