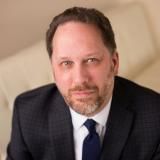 Claimed Lawyer ProfileSocial Media
Frank Gilbert Slinkard
Milwaukee, WI Lawyer with 30 years of experience
(888) 669-5551 310 E. Buffalo Street
Suite 140
Milwaukee, WI 53202
Business, Communications, IP and Trademarks
Cornell University
Show Preview
View Website View Lawyer Profile Email Lawyer
Frank Gilbert Slinkard is an experienced attorney representing Wisconsin clients in the fields of Internet law, intellectual property, and business formation. Slinkard was graduated from the University of Pennsylvania, with a Bachelor of Arts in Political Science, with specialization in political theory. He completed his undergraduate thesis on the concept of reflective equilibrium in Rawls’s Theory of Justice. He received a Master of Arts in Government from the College of William and Mary in Virginia, completing his master’s thesis on Grotius’s Introduction to the Jurisprudence of Holland. Slinkard received his law degree from the Cornell Law...
Compare Save 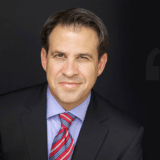 
In 1994, Mr. Fernandez joined the Orlando-based law firm of Meyers, Mooney and Meyers specializing in plaintiffs’ personal injury law and worker’s compensation disputes. In 1996,...
Compare Save
FAQ Lawyers Get Listed