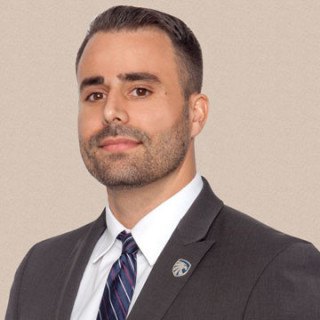 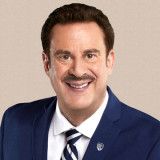 Tim merits the highest rating for the proven results he has earned in the years as a highly effective attorney. This includes earning his membership to the Multi-Million Dollars Advocates Forum and the hundreds of cases, including catastrophic injury cases he successfully resolved for well deserving injured clients. He is a key attorney member of the firm that collaborates and contributes to all.
Read All Lawyer Reviews
Badges
Claimed Lawyer ProfileSocial Media
Biography

Tim Dominguez is a successful and well-liked personal injury litigation attorney at The Dominguez Firm. His experience includes representing people who have been injured, in all types of accidents. He has successfully handled hundreds of cases; including catastrophic injury and wrongful death cases. In 2018, he became the firm’s Chief Operating Officer (COO), adding to the diligent efforts of the firm’s leadership to deliver outstanding client service and top legal representation for accident victims, across California.

Before he graduated from law school, Tim had the opportunity to gain valuable experience with catastrophic injury cases, from two of the top personal injury law firms in California. He worked at The Dominguez Firm as a summer law clerk, and at Panish, Shea & Boyle, LLP. He also clerked as a Judicial Extern for the Honorable Craig Richman.

Tim completed his undergraduate studies at the University of Hawaii at Manoa in Honolulu. He graduated with high honors and on the Dean’s List with a bachelor’s degree in English. He earned his Juris Doctor from Loyola Law School in Los Angeles. Tim also studied abroad at the University of International Business and Economics in Beijing, China.

Attorney Tim Dominguez has dedicated his career to championing the rights of injured victims. He’s a proud member of the exclusive Multi-Million Dollar Advocates Forum. He was also recognized by his peers in the Pasadena Magazine’s Top Attorney for 2016. Tim’s also fluent in Spanish, and he supports multicultural charitable causes, across California.

How to Prepare for an Employment Law Deposition

Depositions are a vital part of any employment law case and it’s critical that you listen to your Dominguez Firm lawyer when it comes to the rules and the dos and don’ts of your deposition. If you or a loved one has been injured in a personal injury accident, our award-winning trial lawyers stand at the ready to enforce your rights, look after every detail of your case, and maximize your recovery. Call us now for a free consultation at 800-818-1818. If there’s no recovery, there’s no fee!