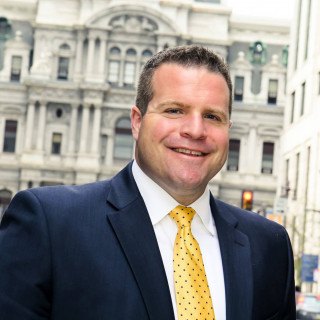 Sean Quinn is a nationally recognized trial lawyer and founder of the Philadelphia-based personal injury law firm, Quinn Law Group. He has extensive experience representing personal injury and wrongful death victims and their families in litigation throughout Pennsylvania and New Jersey.

Mr. Quinn is known for his hard-hitting style, tireless work ethic, and unrelenting pursuit of justice for his clients. He prides himself on out-working the competition. A testiment to his blue-collar, New Jersey roots. Over the past decade, his efforts contributed to the recovery of nearly $50 million for clients.

These accomplishments have not gone unnoticed as Mr. Quinn has been recognized by Super Lawyers Magazine, the National Trial Lawyers Association, and Avvo:

- Mr. Quinn has been honored by the National Trial Lawyers Association as one of its Top 40 Under 40 trial lawyers.

- Mr. Quinn has a 10/10 Superb rating by the leading attorney rating website, Avvo.

Mr. Quinn is a 1997 graduate of Franklin & Marshall College. He was a dual major in both Government and History, and also a member of F&MÃ¢s football team Ã¢ a team that won three conference championships. Following college, Mr. Quinn went on to graduate from the Penn State Ã¢ Dickinson School of Law with a J.D. in 2000. He gained significant litigation experience in law school serving as the captain of the National Trial Moot Court Team, and as an intern for a New Jersey Superior Court judge, the Pennsylvania Attorney GeneralÃ¢s Office, and a prominent Central Pennsylvania law firm. It was during law school that his dream to become a trial lawyer was realized.

His pursuit of that dream lead to him to accept a prestigious clerkship with the Honorable Rosemarie Ruggiero Williams of The Superior Court of New Jersey following his graduation from law school. Upon completion of his clerkship in August 2001, he went into private practice Ã¢ joining a large insurance defense law firm based in Philadelphia. Mr. Quinn left this position a year later Ã¢ switching sides to represent plaintiffs at a prominent Philadelphia-based personal injury law firm. It was there that Mr. Quinn found his calling representing victims of personal injury and wrongful death cases. While there, he also pursued his L.L.M. in Trial Advocacy at the Temple University of School of Law, and in 2003, graduated with honors. Mr. Quinn was chosen as the Best Oral Advocate in the program by the faculty.

Mr. Quinn is licensed to practice law in the state and federal courts of Pennsylvania and New Jersey, as well as The Third Circuit Court of Appeals. He regularly consults on cases nationwide and has a national catastrophic injury practice in which he works in conjunction with attorneys in other jurisdictions. He also routinely serves as an arbitrator and mediator Ã¢ having been frequently appointed as a Judge Pro Tem by the Court of Common Pleas of Philadelphia County.