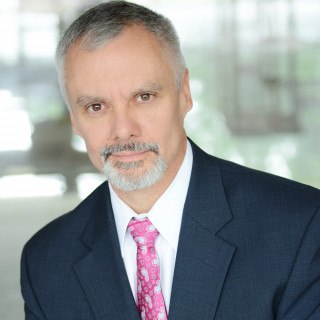 Rudjard M. Hayes is a Partner at Sanchez Hayes & Associates, LLC, where he heads up the firm’s criminal section, civil litigation section and co-chairs the domestic section. Mr. Hayes previously worked as a Senior Assistant District Attorney (“ADA”) in the Griffin Judicial Circuit. He also formerly served as a Senior ADA in the Coweta Judicial Circuit. In 2007, Mr. Hayes became a partner at Sanchez Hayes & Associates, LLC located in Tyrone, Georgia. Mr. Hayes devotes a substantial portion of his practice to criminal defense where he represents those accused of committing one or more criminal offense in city, state, superior or federal court. Mr. Hayes also represents civil litigants in a variety of matters ranging from complex business transactions, family law issues, contract disputes, and various employment issues. Mr. Hayes represents both civil and criminal clients in municipal, state, superior and federal courts. Mr. Hayes has tried hundreds of criminal felony and misdemeanor jury trials and countless civil trials in all courts. Mr. Hayes received his Juris Doctorate Degree from the College of Law at Georgia State University and was admitted to the State Bar of Georgia in 1996. Mr. Hayes is an active member of the community. In 2005, Mr. Hayes began a Mock Trial Team at his son’s high school. In 2006, he began working as an adjunct professor at Georgia State University (GSU), where he coached the Georgia State University Mock Trial Team until 2012. From September 2008 until April 2009 Mr. Hayes also taught as an adjunct professor at Mercer University Walter F. George School of Law in Macon, GA. He was responsible for developing and coaching Mercer’s Mock Trial Teams. One of Mercer’s teams, coached by Mr. Hayes, won a national championship at the ABA National Criminal Justice Trail Advocacy Competition in Chicago. Mr. Hayes’ commitment to the community and the legal profession was recognized when, in 2008, he was awarded the Justice Rober