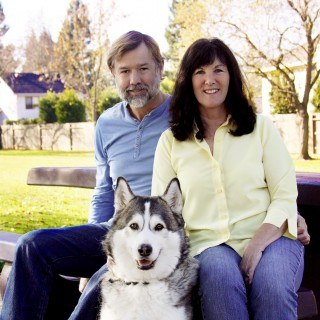 Ronald W. Holland has been practicing Bankruptcy Law and representing debtors in bankruptcy cases since 1982. He has been the supervising attorney of some of the largest and most prestigious bankruptcy firms in Northern California and is now offering his services directly to consumers and small business at Holland Law Firm.

He has extensive experience representing clients in Bankruptcy actions in Federal court in both the Eastern and Northern Districts of California. Although mostly consumer and small business cases, many of them involved foreclosure and real estate actions, mid-sized businesses, and other complex issues such as dischargeability and asset exemption litigation. Mr. Holland’s vast experience also includes such diverse legal fields as business, contracts, and civil litigation. Over the past 35 years, Mr. Holland has filed over 10,000 bankruptcy cases. Helping people with their debts is Mr. Holland’s main goal

Mr. Holland was born in Sacramento and has lived in the area most of his life. He is a graduate of UC Davis and of Golden Gate School of Law in San Francisco, where he obtained his Doctor of Jurisprudence degree. Mr. Holland has been a panel speaker at the several seminars including the national convention of the National Association of Consumer Bankruptcy Attorneys. His prior practices included Supervising Attorney at a major bankruptcy firm in the San Francisco Bay area, Senior Attorney at a major Sacramento bankruptcy firm and Bankruptcy Department Managing Attorney at a national firm.

Laurie, Ron’s wife, has worked with him in bankruptcy practice since 1985. She is considered to be one of the most knowledgeable, understanding and helpful bankruptcy paralegals ever. Holland Law Firm clients love working with the family team of Ron and Laurie as they work closely together to solve their clients’ debt problems. It’s a great team with great clients!

Q. I’m married & live in southern california & was planing to file chapter 13 separate from my husband, but now its a mess!
February 3, 2021
A: As usual when attorneys don't adequately communicate, a lot of this doesn't make sense. Perhaps you just didn't understand all of what you were told, but more likely things weren't explained well. If you are under median income with your husband, why would you file a 13 and especially if you are separated why would you file a 13. Normally it would be a chapter 7. You don't need your husband's info to file on your own if you are not living together. Depending on where you will be, find a local experienced bankruptcy attorney and get some understandable advice and start again. You probably could have filed where you lived, but your attorney doesn't sound like he/she wants to really help people with bankruptcy much. I am in the Sacramento/Roseville area. If you are in this area, give me a call.

Q. I need to know if I can file a Chapter 7 bankruptcy.
February 2, 2021
A: The low rent will not usually affect your ability to file chapter 7 if your income is also low. Get in touch if you are in the general Sacramento area and I will give you detailed information and advice.

Q. How do I file for bankruptcy? I lost everything due to Covid & don't qualify for help. My new business failed.
January 25, 2021
A: I don't think it's ever a good idea for someone to file on there own without an attorney, especially if you have any assets whatsoever. Assets included money in the bank, your car, your house, your retirement and all the way down to what most people don't think of as assets, such as furniture and jewelry. The goal is to discharge all of the debts while giving up no assets. So, You don't need to know how to file; you just need to hire an experienced bankruptcy attorney to do this for you. Look in the lists here, on Avvo.com or other search sites to find an experienced attorney near you. The consultation should be free. You should get advice on whether bankruptcy is your best option, the type of bankruptcy you should file and how that would work for you specifically and of course fee and cost information.