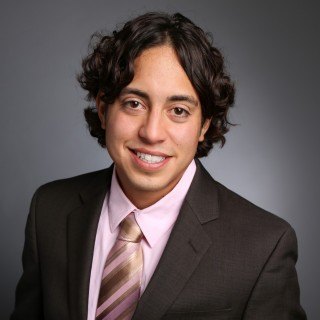 Roby Castillo grew up in Chicago, Illinois. He began working with animals at Niles Animal Hospital in Niles, Illinois at the age of fifteen. While attending college at Knox
College in Galesburg, Illinois, he volunteered at the Knox County Humane Society. As part of a school research project, he trained shelter dogs in order to increase the amount of dogs being adopted from the shelter. Knox College awarded him the Distinguishable Student Award for his life-saving research projects. After college, he continued his work with animals at a private animal shelter. After a few years, he went back to school to learn more about how he could help animals on a larger scale. He completed a Master’s of Science Program at Tufts University in Grafton, Massachusetts where he studied in the field of Animals and Public Policy. He was inspired to continue his education in the legal field and decided to study at the DePaul University School of Law in Chicago, Illinois as DePaul was one of very few law schools that had a Center for Animal Law. While in law school he performed legal research with Best Friends Animal Society located in Kanab, Utah and completed an externship with a Federal Judge in Chicago, IL. While at law school, Roby received the Excellence for the Future Award for his great work in Legal Analysis, Research, and Communication. In 2013, he became a licensed attorney in the State of Florida. Roby worked as an Administrative Law Judge for two and a half years before accepting a position working as a criminal defense attorney with the Office of the Public Defender. He left his job at the Public Defender's office to begin his own law practice focusing on providing quality representation at affordable prices for individuals who are not able to pay for a traditional law firms that charge high hourly rates.

Roby and his wife reside in Tallahassee, Florida living in a small house on six acres with numerous rescued animals.