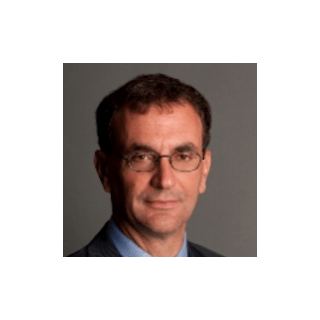 Robert is a founding member of the U.S. Court of Appeals for Veterans Claims Bar Association and served as President of that organization for the year 2002-2003. Mr. Chisholm served as the President of the National Organization of Veterans’ Advocates from 1999 to 2004. Mr. Chisholm’s work on behalf of NOVA resulted in the amendment to 38 U.S.C. § 5904 which now permits veterans to hire an attorney after the notice of disagreement is filed. He has presented at NOVA conferences, CAVC Bar Association Conferences, as well as the CAVC and Federal Circuit Judicial Conferences. He is the first recipient of NOVA’s most prestigious honor, the Kenneth Carpenter Achievement Award for Excellence. Mr. Chisholm was also inducted into the NOVA Hall of Honor in April of 2016 in recognition of a lifetime of dedication, service, and leadership. In 2016, the U.S. Court of Appeals for Veterans Claims (CAVC) awarded Mr. Chisholm the Hart T. Mankin Distinguished Service Award in recognition of his 25 years of outstanding service to the Court.

Mr. Chisholm has served as appellant’s lead counsel in over 7,500 cases before the CAVC. Mr. Chisholm is admitted to practice law in the following courts: Rhode Island, New York, Massachusetts, United States Court of Appeals for Veterans Claims (1991); Court of Appeals for the Federal Circuit (1995); Supreme Court (1995). In addition, he is admitted to practice in the United States District Court for Rhode Island, the Southern District of New York, the Eastern District of New York, and Massachusetts.

U.S. Court of Appeals for Veterans Claims
Since 1991

Hall of Honor
National Organization of Veterans' Advocates
2016
Entrance to NOVA’s Hall of Honor is limited to those NOVA members, past or present, who have had a unique and lasting impact on the field of veterans’ law and whose careers exemplify NOVA’s tradition of excellent service to America’s veterans and their families.

Hart T. Mankin Distinguished Service Award
United States Court of Appeals for Veterans Claims
2016
Awarded in recognition of his 25 years of outstanding service to the Court.

Kenneth Carpenter Achievement Award for Excellence
National Organization of Veterans' Advocates
2008
The Kenneth M. Carpenter advocacy award is NOVA’s most prestigious honor and is named after one of NOVA’s original founding members. This award is presented at the spring conference to an outstanding NOVA member who has made a significant contribution to NOVA or to the practice of veterans’ law.

An On-Ramp to the Future of VA Appeals
American Bar Association
July 23, 2018

Update: Class Actions at the Court of Appeals for Veterans Claims (2018)

*Click "SHOW MORE" below for a table of contents* Founding partner Robert Chisholm and attorneys Maura Clancy and Bradley Hennings discuss the opinions in Monk v. Wilkie, in which judges from...

TDIU: How to get VA Unemployability

Total disability based on individual unemployability (TDIU) is a disability benefit that allows for veterans to be compensated at VA’s 100% disability rate, even if their combined schedular rating does...