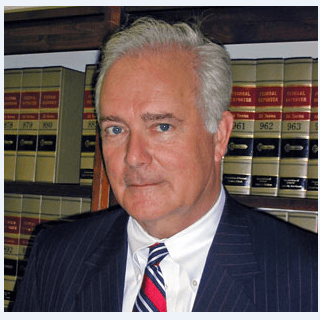 Pitts Carr is one of the founding partners of the nationally recognized law firm Carr & Weatherby, LLP. During his 43-year tenure as a trial attorney, Mr. Carr has become one of the most respected and experienced attorneys in the Southeast. He has been described as a tough litigator with a reputation for professionalism and high ethical standards in the courtroom. He also is known for his unequaled success rate. Mr. Carr graduated with a bachelor’s degree in economics from the University of Georgia, followed by a J.D. degree from Duke University Law School in 1972. He has been named by a number of federal and state courts to serve in leadership positions in cases of national importance. Mr. Carr is a member of the American Bar Association, Georgia Bar Association, and the Atlanta Bar Association. He is on the ABA Committee on Lawyers’ Professional Liability. He served as a member of the Board of Directors of the National Association of Securities and Commercial Trial Attorneys. He was named by Georgia Governor Joe Frank Harris to serve as Chairman of the Governor's Commission on Tort Reform for the State of Georgia, Chairman of the Board of Medical Assistance (now Community Services), and member of the State Personnel Board. He was appointed by Governor George Busbee to serve on the Board of Directors for the Georgia Department of Human Resources. He has served as a member of the Board of Directors of Atlanta Life Financial Group, and served on the boards of a number of charitable and religious organizations including the Muscular Dystrophy Association, Leukemia Society, St. Jude's House, Atlanta Union Mission, Chair, and St. Phillips Cathedral, Senior Warden. He has served as the Chair of the Stewardship Committee at the Cathedral of Christ the King, as well as a lay member of the Executive Council. He currently serves on the Financial Council. He has for decades provided scholarships for Duke University Law School.

Cathedral of Christ the King
Member of Finance Council
2013 - Current

Cathedral at Christ the King
Chairman of Stewardship
2007 - 2011

"Getting Out" of Out of Service Orders: A Recent Case Study, Georgia Motor Trucking Association
January 1, 2013