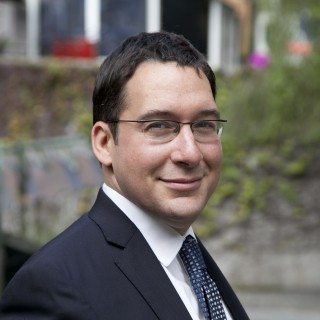 Paul's immigration practice includes: all temporary visas, naturalization, labor certification,
and permanent residence applications based on employment, family, achievement, or investment. He provides strategic advice on the immigration consequences of mergers and acquisitions, and also manages immigration processes for the restructuring of companies. His experienced multilingual team provides efficient and effective immigration services including processes all over the US and at consular posts around the world.

Paul holds degrees from Yale (B.A. in Political Science 1993) and UC Berkeley-Boalt Hall School of Law (J.D. 1997). He is admitted in New York and New Jersey, and may practice immigration law nationwide under federal law.

Paul is a member of the American Immigration Lawyers Association (AILA) and the French American Chamber of Commerce of San Francisco (FACCSF). He has presented several talks on immigration law with organizations such as AILA, the FACCSF, the French Tech Hub, BusinessFrance, and the California CPA Association.

He was born and raised in New York City, to Haitian immigrant parents who came to work in the USA as medical doctors. Over the years, Paul has traveled extensively to visit family in Latin America, francophone Europe, and Canada. Paul is fluent in French, Spanish, and English. He also has some basic conversational skills in Italian and Haitian Kreyol.