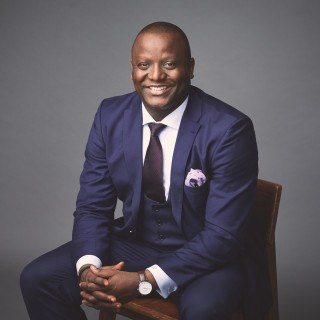 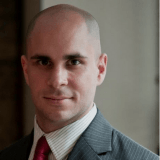 Nenye handles matters for clients all over the Chicagoland area, often appearing in court in multiple jurisdictions in one day. He knows intimately how to obtain the best result for his clients. If that requires a trial, he will obtain the best possible result for his clients because his ability as a trial lawyer is easily in the top 1% of practicing attorneys.
Read All Lawyer Reviews
Badges
Claimed Lawyer ProfileOffers Video ChatBlawg SearchSocial Media
Summary

A former Cook County criminal and DUI prosecutor, Attorney Uche is a nationally recognized criminal and DUI defense attorney. Attorney Uche has successfully defended and won acquittals for his clients in hundreds of cases that span broad areas of criminal law including but not limited to: DUI charges, murder charges, gun/weapons charges, drug charges and financial crimes amongst others

Beyond his success in criminal defense, Attorney Uche has handled numerous high-profile cases that have been featured in prominent media outlets such as The Guardian and CNN. Additionally, Attorney Uche has been recognized by his peers as well as prominent legal organizations. For example, Attorney Uche is the recipient of a Top 40 Lawyer under 40 Award from The National Trial Lawyers. Also, Attorney Uche’s courtroom successes culminated with his selection for inclusion to the Illinois Super Lawyers Rising Stars list; no more than 2.5 percent of the lawyers in the State of Illinois are named to the Rising Stars list.

Attorney Uche’s commitment to the law was demonstrated at an early stage in his career. For example, upon graduating from one of the most prestigious Law schools in the Midwest, the University of Wisconsin Law School, Attorney Uche was the recipient of a string of advocacy awards, some of which included: the 2007 Best Attorney Award at the Stanford Law School Mock Trial Invitational Competition in California, as well as the 2006 Best Petitioner’s Brief Award at the August A. Rendigs National Products liability Moot Court Competit

Top 40 under 40
The National Trial Lawyers
2020
Attorney Uche has been selected to the top 40 under 40 list of trial attorneys as a recognition of his successes in the courtroom.

Top 40 under 40
The National Black Lawyers
2020
Attorney Uche has been selected as a top 40 under 40 trial attorney in recognition of his successes in the courtroom.