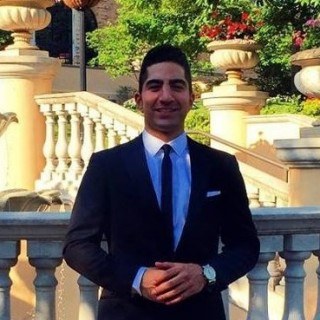 After passing the Virginia State Bar in 2014, Mr. Kondori became an associate attorney at Pikrallidas & Associates, involved with all types of cases, ranging from personal injury, divorce and family law, contract review & consulting, the ever changing immigration field, as well as civil and traffic matters. Kia aims to continue representing his clients to the best of his abilities as one of the founding attorney's at Kondori, Moorad & Niesen. Mr. Kondori is a homegrown Virginia talent, born and raised in Northern Virginia. He graduated from George Mason University with a B.A. in Government and International Politics. He then received his paralegal degree from George Mason University in 2009, and his studies culminated in 2013 when he received his J.D. in 2013 in Ann Arbor, Michigan, from The Western Michigan University Cooley Law School. During law school, Mr. Kondori was an active member in the Delta Theta Phi Law Fraternity, served as Chairperson for the Student Advisory Board to work out disputes & conflicts, and served as President for two years of Cooley PAK (Purposeful Acts of Kindness). In his free time, Kia volunteers as an Attorney Advisor for the Fairfax County Model Judiciary Program and is a member of the Virginia State Bar. Outside of the law life, Kia is a member of the USTA, the Northern Virginia IFFL/FXA Flag Football league, and is an avid traveler and music enthusiast.

Devonshire Program, Alexandria, Virginia
January 8, 2016
Fairfax Bar Association
Attorney speakers reach out during a live discussion with a group of at-risk teenagers. This session is part of the Devonshire Youth Alcohol and other Drug Intervention seminars held throughout the school year sponsored by the Fairfax County Public Schools and Youth Alcohol and Drug Services. Each session consists of a three day self-awareness program, designed to reach out to juveniles who are in trouble with the law. Students are placed in this program for a variety of reasons including: possession of alcohol or drugs at school, at a school event or on a field trip, being under the influence of alcohol or drugs in the community, circumstances warranting a recommendation from school administrators or guidance counselors to refer the student to the program or whenever a probation officer requires participation in the program as part of the probation.