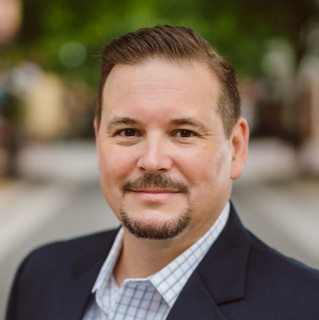 Michael Kondoudis is an award-winning trademark attorney who specializes in protecting brands. He has secured over 2500 trademarks and patents for his clients, who come from all over the U.S. and from over 20 countries. His law firm is nationally known and trusted. You may recognize Mike from publications like Inventor's Digest, Bloomberg, The Miami Herald, The Charlotte Observer, and the Pittsburgh Post-Gazette, as well as several local television news outlets.

Michael is registered with the U.S. Patent and Trademark Office, which means that he is specifically licensed by the U.S. Government to represent trademark and patent applicants.

Michael is a member of several State bars and Federal courts. In 2017, he proudly became a member of the Bar of the Supreme Court of the United States, which is a rare distinction shared by only a select number of attorneys, and even fewer U.S. Patent and Trademark Office registered attorneys.

Michael is a recognized authority on both the law and business of trademarks and patents. His latest book, Going from Business Owner to Brand Owner, swiftly reached No. 1 on the Amazon bestseller list in 2017. His patent blog is recognized internationally as an authoritative resource on the subject of U.S. patent prosecution and his work has even been cited as legal authority by other attorneys. Also, he’s written articles for and/or been interviewed by several national legal and news publications.

U.S. Patent and Trademark Office
Since 1997