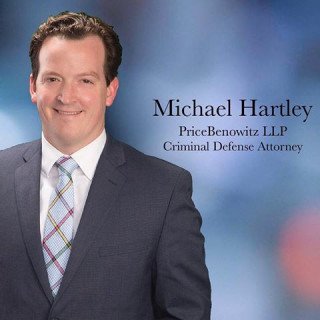 Michael Hartley is the epitome of a zealous advocate for his clients. He is tirelessly dedicated to achieving the best possible outcome while also providing candid advice regarding the case. He is dedicated to providing client-centered representation and building a strategic plan for success in every case.
Read All Lawyer Reviews
Badges
Claimed Lawyer Profile
Biography

Michael Hartley grew up in the mountains of Virginia in Giles County. Mr. Hartley completed his undergraduate education at the prestigious University of Virginia, and spent his next 8 years after graduation working as a banker. These 8 years years of corporate experience ignited Michael’s passion to help individuals. He then made the decision to enroll in the Washington and Lee University School of Law, where he graduated cum laude and earned various other honors such as the Louise A. Halper award winner for best student note, recipient of the James N. Kincanon scholarship, a finalist in the Robert J. Gray, Jr. negotiations competition, and the winner of the Representation in Mediation Competition.

During law school at the Washington and Lee University School of Law, Michael was involved in the Innocence Project as well as the Capital Case Clearinghouse, which is a death penalty clinic whose mission is to assist all attorneys representing death penalty clients throughout Virginia. Other community service includes 4 years at the Big Brothers Big Sisters of Southwest Virginia, where Michael was honored as Virginia Big of the Year for 2016.

After law school, Michael spent his first two years working as an Associate Attorney at Glenn Robinson and Cathey. He then transitioned to working as an Assistant Public Defender in Roanoke where he would eventually meet his wife who was also working there as an attorney. His family has brought him to the lovely and rural, Mecklenburg County, VA. Michael has completed the bar exams for the Commonwealth of Virginia and is also barred in the United States District Court of Western District of Virginia.