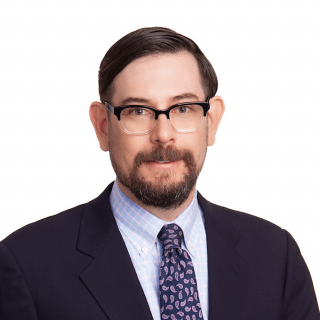 Matthew specializes in federal, state, and international tax controversy resolution. His practice areas include, but are not limited to, the following: The IRS Offshore Voluntary Disclosure Program (OVDP) and Streamlined Filing Compliance Procedures; non-filer representation; federal and state audit and collection defense; penalty abatement; Massachusetts sales, use, and income tax disputes; tax planning; federal and state tax litigation; estate planning; and probate administration. Before joining Kerstein, Coren & Lichtenstein, LLP, Matthew spent over four years representing individuals and businesses in a broad range of federal and state tax controversies. Matthew received his LL.M. in Taxation in 2009 from the Boston University School of Law Graduate Tax Program, where he was awarded the Dean Ernest M. Haddad Award for academic achievement and character. Matthew is a cum laude graduate of the University of Maine School of Law (2008), where he served as Executive Editor of the Maine Law Review and was awarded the Student Bar Association Distinguished Service Award. He received his B.A. from Brown University (2000) and his M.A. from Stanford University (2004).