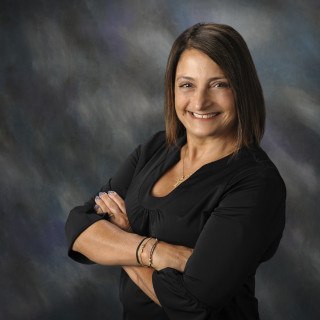 Lavoie Law
Review This Lawyer
Compare Save
Client Reviews
Jim S. March 4, 2020
If your looking for an attorney to assist you, look no further. My wife Elizabeth and I met with Ms. Lavoie and was taken by her outgoing and assessable personality right away. We hired her that day. Since then she and her staff have been professional, helpful and results oriented. In my business dealings I've dealt with many attorneys. I place Ms. Lavoie at the top with the best of them.
View More
Read All Client Reviews
Badges
Claimed Lawyer ProfileSocial Media
Biography

“I became an attorney to level the playing field.”

Attorney Mariam Alexanian Lavoie has been a proud member of the Rhode Island Bar Association for almost thirty years. She was born in Bloomington, Indiana but lived in her native state and Livermore, California for six brief years before moving to Mexico City. Attorney Lavoie spent her formative years in Mexico, graduating from an all-Spanish speaking high school, the Instituto Tecnológico de Monterrey, in 1980. She attended Montana State University (MSU) in Bozeman, Montana, at age sixteen while her father spent his sabbatical year in MSU’s Physics Department.

In 1981, Attorney Lavoie moved to Rhode Island to attend the University of Rhode Island (URI) and graduated with highest distinction in 1985. She always knew she wanted to be an attorney.

“As far back as I can remember, I have had a strong desire to see that all persons receive equal access to justice and equal treatment under the law. I relate to regular men and women and passionately believe we all deserve to have the same top notch legal representation as those who can afford the best.”

Since her admission to the Rhode Island Bar Association in 1990, Attorney Lavoie has continued to advocate for the rights and benefits of her injured or disabled clients. She has represented hundreds of adults and children before Administrative Law Judges in Rhode Island, Massachusetts and Connecticut. She is an active member of the National Organization of Social Security Claimant’s Representatives and the RI Assoc. for Justice. She is also admitted to practice in Massachusetts and the RI District Court.