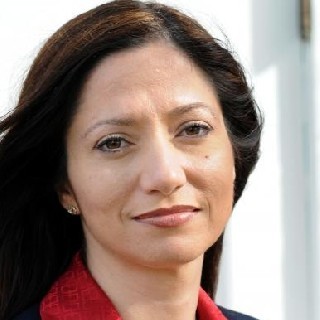 Maria is a native of Tarpon Springs, Florida and a graduate of Tarpon Springs High School. She also attended secondary school at the St. Nicholas Greek School where she was honored as a Lady's Philoptohos Fellowship recipient. She is bilingual in Greek.

Maria received her Bachelor of Science degree in Criminal Justice from the University of Central Florida with a 3.86 GPA. She received her Juris Doctor from Quinnipiac University School of Law in Hamden, Connecticut. Maria received honors for Academic Achievement in Juvenile Law, Service to the Community and the Connecticut Title Insurance Company.

Initially, Maria was a law clerk for Yale Law School where she conducted research and prepared updated policies to conform with Federal Regulations. Thereafter, she worked as an associate for a law firm in New Haven, Connecticut where she handled thousands of personal injury claims, as well as condominium administration cases. Because of the long winters, she relocated back to Daytona Beach, Florida and worked as an Assistant State Attorney throughout the 7th Judicial Circuit prosecuting such offenses as DUI, drug possession, theft and battery.

Maria is also a former Adjunct Professor of Keiser University where she taught Business Law and Criminal Law.

In her spare time, Maria volunteered by assisting the New Haven Housing Authority and the Florida Department of Juvenile Justice as their attorney. Maria also enjoys traveling and spending time with her family.