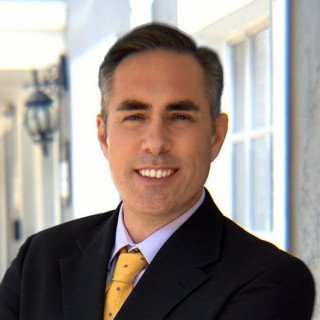 KEVIN D SLATTERY obtained his Bachelor of Arts degree in both Political Science and French from the University of Notre Dame in 1997. While at the University of Notre Dame, he was an active member of both the Notre Dame Council on International Business Development and the national political science honor society Pi Sigma Alpha. During his time at Notre Dame, he also studied abroad for one academic year at the Université Catholique de l’Ouest in Angers, France. In 1998, Mr. Slattery participated in the NAFTA Leaders Internship Program at the Washington Center for Internships & Academic Seminars in Washington, DC, partaking in a series of lectures and seminars designed to address the policy implications of the North American Free Trade Agreement. In 2003, he obtained his law degree from the University of Florida College of Law, where he was an active member of both Florida Law Review and the international legal fraternity Phi Delta Phi. While in law school, Mr. Slattery was the recipient of the International Human Rights Law Book Award as well as the Legal Drafting Book Award. He also spent an academic summer abroad through the university’s law program at the Université de Montpellier in Montpellier, France. Following completion of his legal studies, Mr. Slattery served as a judicial law clerk at the Connecticut Appellate Court. In 2006, Mr. Slattery opened Kevin D. Slattery, P.A., a law firm dedicated to the practice of immigration law. The firm is located in Tampa, FL, and offers assistance in family-based and employment-based immigration matters as well as in removal defense. Mr. Slattery is a member of the American Immigration Lawyers Association and is admitted to practice law in Connecticut, the District of Columbia, Florida, the U.S. District Court for the District of Connecticut, the U.S. District Court for the Middle District of Florida, the U.S. District Court for the Southern District of Florida and the U.S. Court of Appeals for the 11th Circuit.

United States District Court for the District of Connecticut
Since 2005

Immigration Law, OUT of the Closet and IN Your Office, Stetson University College of Law
October 23, 2015
Florida Association of LGBT Lawyers & Allies, Inc., LGBT Bar Association of Tampa Bay, Inc.

Q. B1/B2 visa expired for me, my wife and my daughter. My son was born in the US. What are my options?
April 5, 2022
A: You should schedule a consultation with a competent and experienced immigration attorney who can ask you many questions to evaluate best what, if anything, can be done. As another colleague responded, more information is needed. Many attorneys offer online video consultations. Good luck!

Q. I am a foreign National currently in the US, in process of getting a F1 visa and I married a permanent resident
January 17, 2022
A: A DUI would not preclude your permanent resident spouse from sponsoring you. Consider, however, scheduling a consultation with a competent and experienced immigration attorney to discuss other aspects of the family-based immigration case you are considering. Many attorneys offer online video consultations during this era of COVID-19. Stay safe!

Q. I’m currently a temporary permanent resident and I’m married. However, my marriage involves a lot of emotional abuse.
December 27, 2021
A: Consider scheduling a consultation with a competent and experienced immigration attorney who can discuss in private the details of your situation and what might be the best course of action. Many attorneys offer online video consultations if you find one who you like but who is not local to your area.