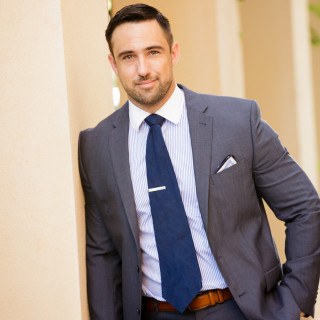 Ken Eulo grew up in Los Angeles, California. As a student, he was consistently in the top ten percent of his advanced program of classes. He was also a top athlete and served as a mentor and assistant coach on baseball teams for Mentally and Physically Challenged Children. He moved to Central Florida in 1996 and attended the University of Central Florida on a Bright Future’s Scholarship in 2000, where he studied Criminal Justice and Pre-Law. During his internship with the Public Defender’s Office in Orlando Florida, he assisted in defending several misdemeanor and felony criminal cases. In 2010, Ken graduated from Florida State University College of Law in the top 10% of his graduating class, receiving cum laude graduation honors, as well as the prestigious Order of the Coif Award.

Upon graduating from FSU Law in 2010, Ken Eulo was offered several jobs, including a position of writing appeals for the Florida State Attorney General’s Office, but he accepted the opportunity to work as a Criminal Defense Attorney for the Public Defender’s Office in Orlando, Florida. He was hired and placed on salary before he took the bar. Months later, Ken Eulo passed The Florida Bar Exam with a 169 MBE Score, placing him in the upper percentile of all Florida Bar Exam test takers.

The Smith & Eulo Law Firm has worked with car accident injury cases in the Orlando area for years and we have the experience necessary to help you recover the damages that you are legally owed.

If you need an aggressive, experienced lawyer to fight your case in Central Florida, please contact our team of Orlando Criminal Defense Lawyers, Civil Litigation Attorneys, Criminal Attorney Orlando and DUI Lawyers at the Smith & Eulo Law Firm. We are conveniently located in Metrowest, 7065 Westpointe Blvd, Suite 322, Orlando, FL 32835. You can call us directly at 407-930-8912, email us at smithandeulo@gmail.com, or visit our website at www.smithandeulo.com. Smith & Eulo is “Your Path to Justice.