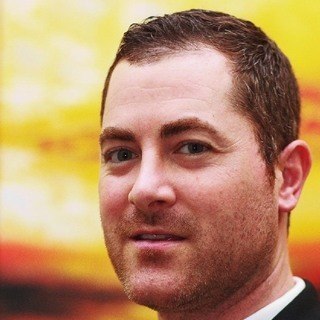 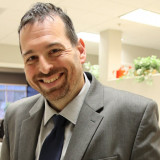 If you want the most competent representation you can get, Hire Justin Mishkin. Mr. Mishkin's substantial legal knowledge, paired with the resources of Integrity Law group is the way to go.
Read All Lawyer Reviews
Client Reviews
Reviewed by Cody S. June 23, 2021
Things become less scary when you have someone like Justin on your side.
I can't say enough positive things about Justin Mishkin at Integrity Law Group. Let's start with the most important part when it comes to hiring a lawyer - Knowing the laws. Justin not only understands the laws in the field in which he is involved in, but he understands the "between the lines" concepts as well. Sometimes a single word in a sentence can make all the difference, and those are the things Justin doesn't miss. Things I would have never thought to look for or thought would have been important, he catches and is able to explain the importance of it. So on the quality of the legal work component, you'll be hard-pressed to find better. Having said this, his legal acumen is only one of his many skills. One of the most important qualities Justin brings to his practice is logic and an amazing "bedside manner". Justin helped me with all of the legal aspects of starting my own corporation, and then subsequently with the acquisition of a practice business. He made sure that there were protections in place in case things went wrong. After the close of the sale, when it came to light that the seller misrepresented some very serious things, Justin was integral in helping resolve the issues. Not only would I not be where I am without his help, but I also can't imagine any other lawyer handling my legal matters because of the confidence and trust I have in Justin. If you are looking for a huge firm with lawyers who don't smile and you can't get in contact with directly, then you will be disappointed with Justin and ILG because with them, you get kindness without weakness, guidance without judgment, and expertise without belittlement. To say Justin is an outstanding lawyer is an understatement.
View More ›
Read All Client Reviews
Badges
Claimed Lawyer ProfileOffers Video ConferencingQ&ASocial Media
Biography

Justin Mishkin received his undergraduate degree from University of Washington, with certificates in Political Science and Economics. After undergraduate school, Justin attended law school at University of La Verne College of Law, a small private law school in Southern California. While in law school Justin spent two years at a family law clinic donating his time to helping those who could not afford to pay for legal representation. While at the legal clinic, Justin helped to prepare hundreds of family law petitions. After law school, Justin served as general counsel for a company that specialized in the sales of surplus, salvaged and green building material. While serving as general counsel, Justin drafted and negotiated contracts, both local and international. Justin also advised the company on employment rights, and various other environmental issues. After his time as general counsel, Justin was employed with one of the oldest most prestigious corporate boutique bankruptcy law firms in the northwest. Justin’s mentor was one of the original founding partners and a highly respected bankruptcy attorney. Under his direct guidance, Justin learned the intricacies of Chapter 11 bankruptcy, personal bankruptcy, and various other transactional works. While at the firm, Justin was in charge of one of the firm’s largest clients preparing motions, briefs, and petitions in the Bankruptcy Court, U.S. District court, and State Supreme court. He also formed entities, conducted case management, and prepared asset protection documents for clients ranging from small business to some of the largest developers in Washington. In 2008 Justin and his law partner Max Soi established their law firm in the International District, Seattle. Justin focuses his practice area in Bankruptcy law, Loan Modifications, Business Transactions, Short Sales, Mediation and Collections.

Q. I need advice on starting negotiations for my pain and suffering settlement because of a car accident.
21 July 2021
A: Good morning. My answer will be general in nature. The demand amount would typically depend on the specific facts surrounding your case. It appears you , your husband and your child may all have claims. Since the child is a minor, there may be additional consideration in making the demand. Since injuries may still be assessed, it may not be the best time to prepare a demand for settlement. I would recommend that you communicate with a personal injury attorney so they can assist you in maximizing your claim and ensuring the your current and future medicals may be paid, hence, possibly waiting for settlement and demands.

Q. Can I go bankrupt post divorce to avoid paying a property settlement while still keeping my home? Chapter 13?
21 July 2021
A: Good morning. My answer is general in nature and if you would like a specific answer based on your facts, feel free to contact my office or another bankruptcy practitioner. A general answer is no, you will likely not be able to discharge the divorce settlement in a bankruptcy, however, there may be exceptions and you should be able to file a chapter 13 to create a feasible payment plan over an extended term possibly paying the settlement in full over the plan itself.