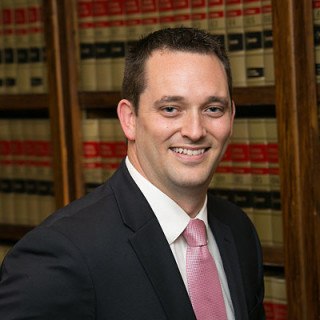 Wherever the road takes you, we're here to help. Talk to us.
Review This Lawyer
Compare Save
Badges
Claimed Lawyer ProfileOffers Video ConferencingSocial Media
Biography

Joseph Henry is the managing partner of the traffic division for Hendrick & Henry Law. He began his legal career as a prosecutor in Metro Atlanta, where he was responsible for prosecuting a wide variety of crimes including traffic tickets, DUI, drug possession, theft, and violent crimes. It was during this time that Joseph developed his expertise in Georgia’s traffic laws that he now uses to the benefit of his clients.

While prosecution was excellent experience, Joseph eventually grew tired watching people in court—especially traffic court—get chewed up and spit out by our legal system. This is in large part what inspired him to make the switch from prosecution to defense. Before accepting his current position, Joseph represented individuals faced with charges ranging from routine traffic tickets to serious felonies. Joseph is in good standing with the Georgia Bar and is also a regular member of the Georgia Association of Criminal Defense Attorneys.

Joseph has lived in Georgia for the vast majority of his life. He graduated from Collins Hill High School and went on to obtain a Bachelors of Business Administration from Georgia Southern University. After working as a criminal investigator, Joseph attended law school at The University of Miami in sunny, South Florida. After finishing his degree, he returned to Atlanta where he now lives with his wife, Jolie, and his two dogs, Cane and Diesel. He enjoys spending his free time with family and friends, traveling, and watching both professional and college football as well as many other sports.

Prosecutor
Gwinnett County Solicitor-General's Office
2012 - 2014
I accepted a position and began practicing under the graduate practice act before obtaining my bar license in November, 2012.

Website
Hendrick & Henry Law is here to fight for you! We creatively and aggressively represent our clients. Wherever the road takes you, we're here to help. Talk to us.