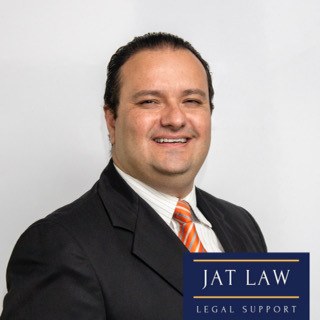 Born in Caracas, Venezuela. Attorney Torrealba Ramirez studied in the Faculty of Law of the Universidad Monteavila during the years 1999-2004, in which year he obtained the title as Attorney-at Law. In the year 2002 he was accepted as an intern by the law firm Travieso Evans Arria Rengel & Paz where he remained until the year 2004. Thereafter he worked as a practicing attorney in a multinational company like Johnson & Johnson de Venezuela S.A, Novartis de Venezuela S.A, Marsh & McLennan Companies and American International Group AIG. In the year 2016 he began rendering his services to our company Micro Focus as a Regional Legal Counsel Latam. His specialization comprises civil law, mercantile law, compliance, labor law and litigation. From April 2003 he has been an Alternate Professor in the Subject of Mercantile Law II, Universidad Monteavila, and in the Labor, Mercantile and Tax Module of the Faculty of Administrative Sciences. He exercises the representation of national and foreign companies through powers-of-attorneys expressly granted by those to such effect. www.jatlaw.net