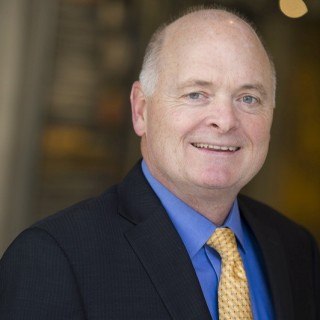 Jonathan C. Puth is a founding member of Correia & Puth and an advocate for the civil rights of employees. Mr. Puth represents targets of sexual harassment, workplace discrimination, whistleblower retaliation, and employees with claims for wages, commissions, and contract rights. Mr. Puth represents transgender employees subjected to workplace discrimination and others facing discrimination and retaliation because of who they are. Mr. Puth also negotiates severance agreements and employment contracts, and severance negotiations. Mr. Puth served as counsel to the plaintiff class in Hartman v. Powell, a gender discrimination class that won the largest employment discrimination award in the history of the Civil Rights Act ($565 million), and Mr. Puth was awarded the 2000 Trial Lawyer of the Year award by Trial Lawyers for Public Justice for his work on that landmark case. Mr. Puth has for years been selected for inclusion by Super Lawyers and by Best Lawyers for his work representing employees in the Washington, DC region, and is awarded the highest attorney peer review rating by Martindale-Hubbell. His firm Correia & Puth is named by U.S. News and World Report its highest rating for Best Law Firms in Washington DC, which also ranks the firm nationally. From the start of his career, Mr. Puth has devoted his practice to the representation of employees, not employers, in claims of sex harassment, whistleblower retaliation, discrimination, wage and commission theft, severance negotiations, contract disputes, and employee counseling. Mr. Puth is past President of the Metropolitan Washington Employment Lawyers Association (MWELA), a voluntary bar association of over 350 members dedicated to the representation of employees and to the advancement of employee rights. Mr. Puth is admitted to practice before the state courts and federal courts of the District of Columbia and Maryland, and the United States Supreme Court.

Q. Can I still file with the eeoc if I passed the 180 day limit to file with the mchr (Maryland)
January 23, 2018
A: Yes, you have 300 days to file with the EEOC in Maryland, where there is a state deferral agency. If you are referring to Montgomery County office of human rights you should also be timely. By the way, if you're late with a filing it doesn't matter usually if it's one day late or 100. Either way in most instances you're out of luck.

Q. I am 14 years old. Work at a tutoring place in Maryland. I make 9 an hour (which is less than the state minimum wage)
January 14, 2018
A: Your employer may not be required to pay you minimum wage because of your age and the nature of the work. The state Department of Labor that administers the minimum wage indicates that workers under 16 working less than 20 hours a week. https://www.dllr.state.md.us/labor/wages/wagehrfacts.shtml It is illegal to pay employees differently by gender, so if the other employees getting paid differently are of a different gender or gender identity that would be illegal if you are doing equal work. https://www.dllr.state.md.us/forms/equalpay.pdf Importantly, that same law makes it illegal for your employer to take action against you, like firing, because you discussed wages with other employees. To make that a fireable offense is illegal under Maryland law. https://www.dllr.state.md.us/labor/wages/wagehrfacts.shtml

Q. Can I be denied a chair at work at 37 weeks pregnant although I've provided a doctor's note stating I'm pregnant?
January 8, 2018
A: You should follow your employer's direction to provide a medical basis for your request for a chair. Accommodations for pregnancy may be covered by the Pregnancy Discrimination Act and the Americans with Disabilities Act, but your employer does have a right to seek medical support for your accommodations request. If you obtain a doctor's note indicating that because of your pregnancy you need to sit then your employer should be obligated to accommodate you. If they don't even after you provide the doctor's note, then you should contact a lawyer.