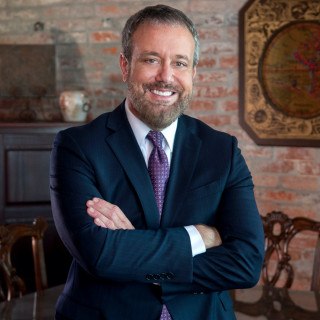 John D. Ray is the owner and operator of The Ray Firm, LLC and has practiced law for over 20 years and specializes in workers’ compensation. He opened his law firm in Baton Rouge in 2016 after years of working for New Orleans and Lafayette based defense firms, serving as Assistant Attorney General for the Louisiana Department of Justice and then serving as the Section Chief of Workers’ Compensation Section of LDJ. In addition to his role as Section Chief, he served as an in-house legal advisor to the Office of Risk Management and the Louisianan Department of Justice regarding legal matters relating to workers’ compensation.
John came from humble beginnings, growing up in a very rural and poor part of central Louisiana. He learned from an early age that a solid work ethic was critical to move forward and succeed. His dream was to open his own law practice and represent the working-class people he had grown up around. Today, John’s dream is a reality.
He represents individuals in Greater Baton Rouge and surrounding areas. Along with John’s passion for justice, he also supports the Alzheimer’s Services of the Capital Area’s Walk to Remember. The Ray Firm, LLC was founded on John’s ambition and hard work. His story is a reminder that no one should be embarrassed of where they came from because its hard work and perseverance that will get you where you want to be.

U.S. Eastern District of Louisiana
Since 1999

U.S. Middle District of Louisiana
Since 1999