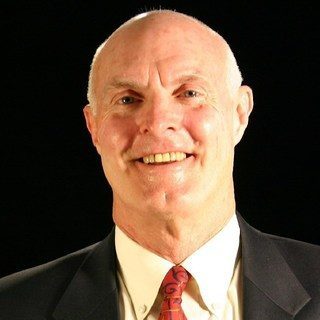 John is a native of Longmont. He graduated from Longmont High School in 1963 and attended Stanford University, graduating with a BA degree in 1967. At Stanford he was on the basketball and track teams. He helped register voters in Mississippi in the fall of 1963. He was a member of the Sigma Chi fraternity. He was rush chairman in 1966, when the local chapter pledged the first black member in that fraternity’s history. He participated in the Stanford in Italy program his senior year. John went to the University of Colorado Law School, graduating with a JD degree in 1970. He was a member of the Law Students Civil Rights Counsel and spent the summer of 1968 interning with the civil rights law firm of Hill, Tucker, and Marsh in Richmond, VA researching and drafting briefs on school district civil rights cases in the Federal courts. In 1970, John began law practice with this law firm, which his great grandfather helped found in 1871. His great uncle and father also were members of this firm. His practice continues to focus on Estate and Trust Planning and Administration, Real Estate law, including water, oil and gas, and development, Business law, and Taxation as it applies to these areas of law. John has been a peer-review AV rated attorney for over 35 years. John is married to Laurie. Together they have five children and eleven grandchildren. His hobbies are hiking, golf, skiing, reading, theology, gardening, and world travel. John attends Lifebridge Christian Church. He is active in the Longmont Rotary Club, serving as its Editarian and on many committees through the years. He served as Chairman of the Longmont Rotary Charity Fund from 1996 to 2002. John has been Chairman of the Longmont United Hospital Foundation since 1999 and a member of the Board since 1993. He was elected to the Board of Trustees of the Longmont United Hospital from 1979 to 1988, serving as President from 1982 to 1988. John was a member of the Board of Directors of the First National Ba