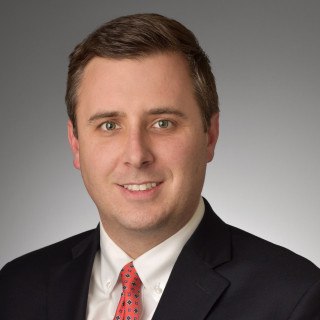 John Baker joined Cooper Hurley Injury Lawyers as a new attorney in early 2018. John has roots in the Hampton Roads community. He was born and raised in Norfolk and graduated from Norfolk Collegiate School in 2002.

John was a member of Phi Delta Phi at Ole Miss. John met his wife, Kate at Ole Miss. She is also an attorney and works as a lobbyist for the Virginia Retail Federation. During breaks in law school, John worked as a law clerk for the Norfolk Commonwealth’s Attorney, the Norfolk City Attorney, and a local private firm. After passing the bar exam in 2010, John worked for a local insurance defense firm for seven years. He appeared in courts all over the Commonwealth of Virginia and represented a number of insurance companies during this time.

John was selected as a Rising Star by Virginia Super Lawyers in 2015 and 2016. John is also a member of the James Kent American Inn of Court.

John is heavily involved in the Hampton Roads community. He serves as Vice President of the Virginia Club and is a member of Blessed Sacrament Catholic Church. He also served on the Norfolk Collegiate School Alumni Board from 2011 to 2016. When he is not working, John enjoys spending time with Kate and their son, Carter, running, playing squash, and boating.

Up & Coming Lawyers
Virginia Lawyers Weekly
2020
This awards program, now in its fifth year, recognizes lawyers across the commonwealth who are making their mark within their first 10 years of practice. These are the lawyers who are the leaders of the profession in the future.

John Baker talks about his background