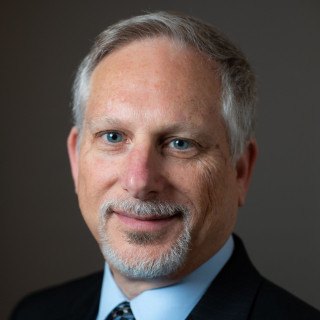 Jeffrey N. Schatzman is a native of Miami, Florida. He received his undergraduate degree in Political Science from the University of Florida in 1986 and his J.D. degree from the Thomas M. Cooley Law School (Western Michigan University) in 1989.

Mr. Schatzman is a member of The Florida Bar and is admitted to practice in all Florida State Courts as well as the Federal District and Bankruptcy Courts for the Southern and Middle Districts of Florida. Mr. Schatzman concentrates his practice in the areas of Bankruptcy, representing both creditors and debtors; Commercial Collections; Commercial Litigation; and Commercial Transactions.

Mr. Schatzman has achieved an AV rating by Martindale-Hubbell, a 10.0 rating by AVVO, has been selected by his peers as one of Florida Trend Magazine’s “Legal Elite” Top Attorneys in Florida and has been recognized as one of South Florida’s Top Rated Lawyers by ALM (Law.com).

On April 13, 2013, Mr. Schatzman was elected President of the Commercial Law League of America. He has been passionately involved with the Commercial Law League of America since 1991 and has held numerous positions within the League during that time, including serving as Attorney Member and Young Members’ Section Representative on the Board of Governors, Chair of the Young Members’ Section, Chair of the Southern Region, and several terms on the Executive Councils of the Southern Region, Bankruptcy Section and Young Members Section. He is also member of the CLLA’s Creditors Rights Section and frequently lectures on the topics of bankruptcy and creditors’ rights at CLLA meetings and other associated industry events.

Q. My wife and me filed bankruptcy chapter 7 on 03/09/2020 in Miami FL, on May 4 we had the court meeting.
June 18, 2020
A: No, you do not have to report it. Once you file your case, any income you earn and receive after that belongs to you and does not put into the bankruptcy case or go to your creditors. Generally, the only exception would be if you receive an inheritance within 6 months after filing your bankruptcy case.

Q. How do I obtain a civil subpoena for production of bank account information?
July 30, 2018
A: Post-Judgment discovery in a small claims case is governed by Florida Small Claims Rule 7.221. Under that Rule, you can serve the defendant with a Fact Information Sheet Form 7.343 (FAS). The FAS requires the defendant to provide financial information including bank account statements and tax returns. If your judgment did not include a provision for the defendant to complete a FAS, you can file a motion for the court to enter an order requiring the defendant to complete a FAS. This should get you the same information you are trying to subpoena. Sometimes that defendants refuse to cooperate and you need to seek additional assistance from the court to compel them to complete the FAS. To request documents from a non-party, you have to comply with Fla. Rule of Civil Procedure 1.351. The process includes giving the defendant notice of your intent to serve the subpoena on a non-party and an opportunity for the defendant to object to the subpoena within either 10 or 15 days, depending on how notice is provided. While you could do these things on your own, it is probably a good idea to pay an experience attorney to do them for you. In some instances, the fees paid to the attorney may be recoverable.