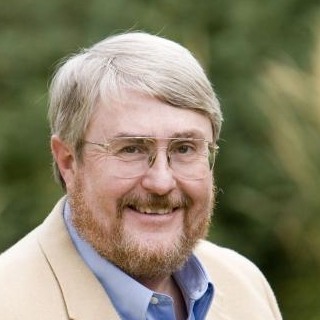 Jim Underhill has been practicing law for over 29 years, with particular focus on business advice, real estate issues and investment, and commercial transactions.

Coining the Term "Business Divorce" ® to describe a very specialized and important type of legal issue and legal dispute.

While a civil litigator many years ago, Jim noticed that many disputes between the owners and operators of closely held and family businesses resulted in the collapse of the underlying business due to the acrimony involved. He developed the expertise and coined the term Business Divorce to describe the specialized legal services he offers to address these issues. The last ten years have been spent refining his skills and techniques in providing services to clients undergoing dissolution of their businesses.

Jim also provides mediation services in cases involving dissolution of a business when counsel may already be present or litigation is underway. He provides a neutral viewpoint based not only on the law but also on extensive experience with business disputes to help save the business while resolving disputes.

Jim is especially knowledgeable in the analysis and protection of unusual real estate interests for developers, land owners, and also regarding specialized properties such as patented mining claims and U.S. Forest in-holdings. He has also handled numerous adverse possession and commercial real estate cases, including the foreclosure of two different Colorado ski resorts and other commercial and residential properties.

A Brief History of Jim

After passing the bar in 1979, Jim served in the U.S. Army Judge Advocate General's Corps. As trial counsel and government appellate counsel, he prosecuted at trial and on appeal more than 600 courts-martial. He then went on to become a trial attorney at the U.S. Department of Justice, serving in the criminal section of the Tax Division, where he prosecuted numerous cases involving violations of the tax laws in the federal courts. During his tenure in Washington, D.C., Jim obtained the longest sentences adjudged to date against tax protestor (militia) defendants.

He left in 1986 to escape to the mountains and practice civil litigation and business law in the Denver Metro area. He worked with a number of private law firms until opening his own practice in 1993. Since 1994, Jim has practiced law with his wife and law partner, Joanne.

District of Columbia
Since 1979

A Full Service Law Firm
Underhill & Underhill, PC
Current
We are a General Practice Law Firm Our attorneys have expertise in most areas of the law and the firm prides itself on being a full service solution to our clients' needs. // Focus on Business ~~ Our attorneys have years of experience helping businesses form, operate, grow and dissolve. For over 15 years, we have been helping businesses in Colorado. We believe in getting you out of our office and back to your business, so your legal issues don't interfere with your success. // You will get innovative, practical advice to resolve your legal issues efficiently and cost-effectively. We have built a reputation on our ability to foresee and forestall legal problems through comprehensive research and thorough drafting and negotiation of contracts, leases, and other documents. // Entrepreneurial-Minded We have proudly represented some of the leading businesses in the Denver metro area, offering an entrepreneurial-minded, common sense approach to law. Businesses rely on us to provide accurate and practical advice. We even try to avoid drowning you in legal-ese. // Although we work primarily with small businesses that have large, complicated controversies, we also handle smaller matters with the same commitment and determination to obtaining a favorable outcome for our clients. // LITIGATION. We litigate all types of cases, in all courts. With more than 100 years of combined litigation experience our senior attorneys are proficient in handling trials and appeals. We litigate not only business disputes but also cases involving family law, personal injury, criminal and real estate. // Auto Racing Sponsorship ~~ When the Firm's process server and courier said he wanted to be a race car driver, we passed it off as one of those pipe dreams kids have. I want to be president. I want to be an astronaut. // Then, Jimmy Underhill bought a Mazda Miata, converted it to a professional race car, earned his race car driver's license, and began racing on the club circuit. // After the initial shock, we realized we had a great opportunity to gain some publicity for Underhill & Underhill, P. C., show our support for Jimmy, and have a lot of fun in the process. In April 2008, after 18 months of racing on the club circuit, Jimmy qualified as one of 30 young drivers to compete in the 2008 Volkswagen Jetta TDI Cup competition. This is a series showcasing new talent that provides a great opportunity for breaking into the pros. We enjoy supporting Jimmy's dream and hope the same is possible for all people with big dreams. ----------------------------------------------- Business DivorceÂ® is a registered trademark of Underhill and Underhill, P.C.