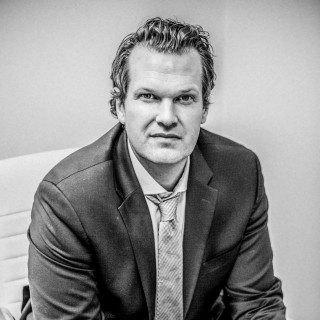 Mr. Beam is the owner and founder of Beam Law, PLC. Mr. Beam is a former DUI and Felony Prosecutor where he effectively represented the State by spending thousands of hours in court, negotiating and litigating criminal law cases. On the other side, he has successfully defended hundreds of clients ranging from minor traffic tickets to dangerous felonies. He has vast legal experience including complex civil group actions, but now focuses his practice on DUI, auto accidents, serious personal injury, and criminal defense. He graduated from the University of Michigan where he was elected captain of his tennis team for both his junior and senior years before moving on to play tennis professionally. He then graduated from Thomas M. Cooley Law School, where he was on the Dean's list each of his three years.