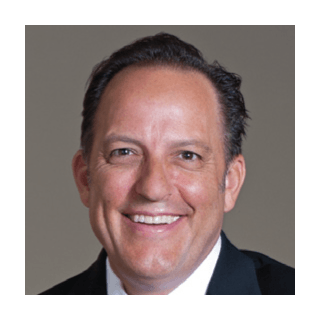 A native of Southern California and a graduate of the University of San Diego School of Law, Gregory G. Brown is one of approximately 150 lawyers in California to be certified as a Specialist in Civil Trial Advocacy. He has devoted his practice to civil and jury trial litigation, taking on cases involving business, commercial or corporate litigation as well as those involving contract actions, fraud, intellectual property disputes, unfair competition and false advertising, and corporate litigation. He also serves clients in divorce and personal injury cases. After his graduation from law school in 1987, Mr. Brown practiced Kring & Brown, LLP, for 14 years. Mr. Brown has been named to "Best Lawyers in America" and to the "Top 100 Trial Lawyers" in US by National Trial Lawyers. Mr. Brown has also been selected to the American Board of Trial Advocates. He includes among his honors a Martindale-Hubbell AV Preeminent rating*, an Avvo rating of "10.0 Superb" and has been named to Super Lawyers since 2009. Mr. Brown was named Attorney of the Year for Western US and has been nominated as Trial Lawyer of the Year on numerous occasions. He has been awarded the "Lead Counsel" rating and has been named as one of the "Esteemed Lawyers of America." Mr. Brown served on the board of directors of the Orange County Trial Lawyers Association from 2009 to 2014 and is a member of the California Bar Association, the Association of Business Trial Lawyers and the Litigation Section of the Orange County Bar Association. His work in cases has been featured in the Orange County Register, Verdict Magazine, LA Times, San Diego Tribune and the L.A. Daily Journal. Outside of his practice, Mr. Brown regularly writes, speaks and lectures.

Senior Consultant, Founding Member
On Trial, LLC
2002 - 2013
Trial Consulting for Lawyers and Law Firms looking for the edge in Trial.

Do I really need to tell my lawyer about that?
AVVO
August, 2014

“I was under duress when I signed that agreement.”
AVVO
July, 2014

Available Remedies for Breach of a Property Purchase Agreement: Part I
AVVO
2013

Enforceability of Release of Liability Forms in California
AVVO
2012

Fraud and/or Misrepresentation--When does it become actionable?
AVVO
2012

Tenant Files Chapter 11 Bankruptcy--What Should you Do?
AVVO
2012

The Doctrine of Laches
AVVO
2012

The Workings of a Bankruptcy Proceeding
AVVO
2012

What Are Your Rights to Partnership Accounts and Recordkeeping?
AVVO
2012

When Can a Contract be Undone?
AVVO
2012

When is a Contract Considered Mutually Drafted?
AVVO
2012

Are You Illegally Recording a Conversation?
AVVO
2011

Beware of the Illegal Contract!
AVVO
2011

Covenants Not to Compete in Employment - - The Competing Interests
AVVO
2011

How to Chose the Best Attorney
AVVO
2011

How to Draft an Enforceable Contract
AVVO
2011

The Use of Technology in the Modern Trial
AVVO
2011

Tips for Selling a Business
AVVO
2011

What is a "Partnership", was one formed and how is it dissolved?
AVVO
2011

When, How and How Much Interest Can You Recover in a Legal Dispute?
AVVO
2011

Looking for an attorney? Learn why B&C is right for you! Our firm is large enough to handle even the most complex matters, but small enough so that you’ll never feel like you’re just another case to us. As your ally and your advocate, the team at Brown & Charbonneau is here to help you get results. Call us today at 714.505.3000 or visit our website at www.bc-llp.com.

Partnership disputes come in many shapes and sizes. Maintaining relationships and efficiently resolving disputes is crucial for business operations. Founding partner of Orange County's top business law firm, Brown & Charbonneau, LLP, Attorney Gregory Brown breaks down key points when dealing with business partnership disputes. Check out our website for more information and why Brown & Charbonneau might be right for you: www.bc-llp.com

Founding Partner and Trial Specialist, Attorney Gregory Brown presents an overview of legal claims around fraud, misrepresentation, and concealment. Check out our website for more information and why Brown & Charbonneau might be right for you: www.bc-llp.com

Currently dealing with a legal issue? Look no further! See why Brown & Charbonneau, LLP is the right choice for you. Check out some of our accomplishments and awards! While you're at it, head over to our website to see what else we have to offer! https://www.bc-llp.com/