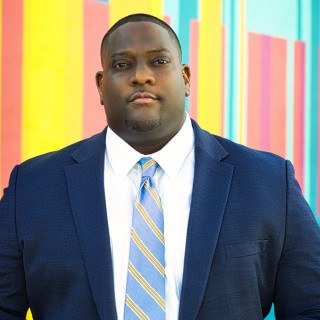 After a seven-year tour of duty in the military, Elroy earned a bachelor’s degree in criminal justice from Florida Atlantic University. He got to work, soon after, as an advocate for children and families at the foster care and adoption agency serving Broward County, FL.

Elroy was then recruited to manage a $1 million-dollar grant program from the U.S. Department of Veterans Affairs. Throughout the initial grant term of three years, Elroy helped veterans fighting alcoholism, Post-Traumatic Stress Disorder (PTSD), and a host of other issues stabilize their lives and secure affordable housing. His efforts were so successful that the grant was renewed for another three-year term.

A graduate of Florida International University’s College of Law, Elroy earned his law degree from the school’s evening program while working full-time. While there, he developed a passion for trial advocacy and ultimately led the school’s mock trial team to championship victories in two statewide competitions. Elroy also received the CALI Excellence for the Future Award after earning the highest grade in his Trial Advocacy class.