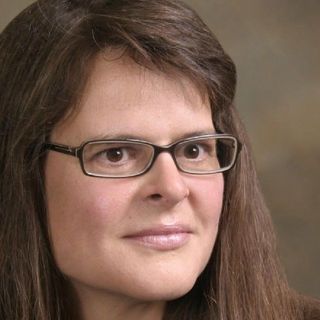 Born in California and raised in New York, Elizabeth A. Raba graduated from Vassar College in 1983, completing her undergraduate degree in English in three years. After working in New York City in fields as varied as marketing communications and commodity metals research and analysis, she moved to Colorado in 1985. Liz then worked for a software firm that designed and marketed one of the first software packages for legal research. Liz earned her M.A. in English from the University of Northern Colorado in 1989. During her time at UNC, she taught core writing classes to UNC underclassmen and was a member of both Sigma Tau Delta (English honor society) and Kappa Delta Phi (education honor society). Liz also co-founded the English Graduate Student Association and served as the student member of the English Department Ad Hoc Committee. Liz attended the University of Colorado Law School, graduating in 1995. During her tenure at CU, Liz was a Rothgerber, Appel, Powers & Johnson Teaching Fellow and a Teaching Assistant in the Diversity/Academic Support Program, tutoring other students in Civil Procedure and Torts. She also served as the Research Assistant for Clinical Professor Carol Glowinsky (subsequently the Hon. Carol Glowinsky of the Boulder District Court), working on the seminal Clark/Glowinsky Domestic Relations casebook. In addition to her academic interests during law school, Liz served as President of the Student Trial Lawyers Association, was the coordinator of the 1994 Women in the Law Day, and was a semi-finalist in the Rothgerber Moot Court competition. Liz is a member of the Order of the Coif, an honor reserved for those who graduate in the top 10% of their law school classes. Other honors include the Legal Aid Award and Dean’s List. After graduation, Liz clerked for the Hon. Morris W. Sandstead, Jr. of the Boulder District Court during his rotation in the civil docket. Her duties included researching and drafting the court’s opinions and serving a