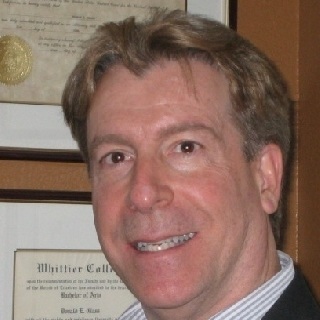 After graduating from High School, Don attended his initial college year at ASU, AR, on a full music scholarship. Thereafter, he transferred to Whittier College, CA, where he received his BA in Business Administration. In subsequent years, he attended Southern California College of Law, CA, where he received his Juris Doctor (JD) and admission to the California State Bar in 1990. Don is also a licensed California real estate broker. He began practicing law as a sole practitioner but soon joined the law firm of Berger Kahn and then Gray & Prouty as an associate attorney in the insurance defense departments, representing major insurance carriers in California. There he assisted in civil litigation, trials, trial prep, depositions and civil procedure matters. Don has successfully tried and won jury and court trials for his clients in civil litigation matters. During this same period, Don was also licensed as a California Real Estate Broker, BRE, involving transactions in trust deed investments, foreclosures, 1031 exchanges and rehab sales. Don also served as a member of the Board of Directors of the Mental Health Association of Orange County (MHA) where he helped to create fund raising events and advocacy. Don created $695 Divorce Attorney – flat fee divorce services – after recognizing that most people who file for divorce want an amicable uncontested divorce. However, most people cannot afford the cost of a full service attorney but they still need attorney advice and help to prepare the numerous family law forms. As you can see, the law firm’s flat fee service fills the need for low cost uncontested divorce attorney services.