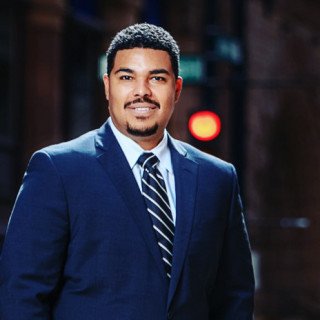 Mr. Gordon is an Illinois and Louisiana licensed trial lawyer. Mr. Gordon grew up in Chicago, but maintains strong New Orleans roots. His father was born and raised in New Orleans, and his grandfather owned and operated a produce company in the French Quarters for many years.

Mr. Gordon has successfully recovered hundreds of substantial settlements and jury verdicts on behalf of injury victims and their families. Mr. Gordon has gained a reputation for his aggressive approach to helping his clients obtain the justice they deserve.

Mr. Gordon was named a 2022 and 2021 Illinois Rising Star Super Lawyer, an honor bestowed on only 2.5% of the lawyers in Illinois each year, and was featured in Chicago Magazine. This is the second year in a row Mr. Gordon has been named an Illinois Super Lawyers Rising Star for his outstanding work in personal injury litigation.

Mr. Gordon is a former associate of Nilson, Stookal, Gleason & Caputo, Ltd., a Chicago-based law firm with 30-plus years of representing individuals in serious injury, medical malpractice, wrongful death and workers compensation matters; that has successfully recovered several millions of dollars in jury verdicts and settlements on behalf of its clients.

Illinois
Supreme Court of Illinois
Since 2013

Q. If I live in Illinois and my spouse lives in Ohio, which state do I file in? We haven't lived together for over 2 years
23 March 2015
A: You can file for a dissolution of marriage in Illinois.