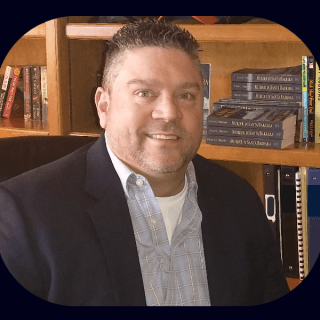 He is amazing and I recommend him for almost any type of case.
Read All Lawyer Reviews
Badges
Claimed Lawyer ProfileOffers Video ConferencingQ&ASocial Media
Biography

Dean Ferraro earned his Bachelor's Degree from California State Polytechnic University, Pomona in 1992 and his J.D. Degree from the University of Mississippi ("Ole Miss") in 1996. He is licensed to practice law in the State Courts of Colorado, California, and Tennessee. Mr. Ferraro is also licensed to practice before the United States District Courts of Colorado (District of Colorado, California (Central District), and Tennessee (Eastern District).

10 Easy Ways to Win Your Custody & Support Case and Save Money!
self published
2010

Bestselling legal thriller. Deputy District Attorney Joshua Rizzetti has a run-of-the-mill misdemeanor case set for trial until an unexplained murder postpones it. If he can't quickly figure out its connection to his case, the next murder will be his. This edge-of-your-seat legal thriller, with a twist of humor, will have you hooked from the beginning, and unable to put it down until you reach the clever, thrilling ending.

Bestselling legal thriller. Deputy D.A. Joshua Rizzetti and his best friend go on vacation to Vail, Colorado to ski, relax and unwind from their recent knock on death’s door. But their ski escape unexpectedly gets derailed, as murder once again crosses their path and puts their lives at risk, turning their dream vacation into a terrifying nightmare!

Q. Can you sublease other rooms in a condo you're renting/living in and charge higher rent?
June 23, 2021
A: First, it depends on the terms in your lease agreement. Most lease agreements provide that subleasing is not allowed unless you get the written consent of the owner/landlord. You should review your lease to see what is states about subleasing. Secondly, it also could depend on whether the HOA of the condo has any restrictions, such as no more than one family living in a unit, or perhaps a restriction that limits the amount of renters allowed in the complex. If you are permitted to sublease, you may be able to charge higher rent if you can get it and there aren't any restrictions on how much you can charge (i.e rent control restrictions, etc.).