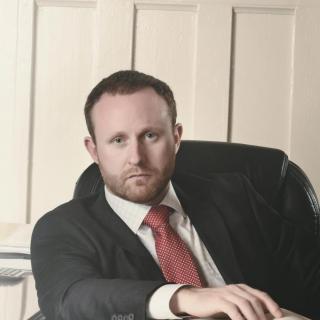 David M. Smith is a native of South Carolina and has lived here the majority of his life. While spending 5 years in North Carolina gathering valuable professional experience, he knew it was only a matter of time before he would move back to the state he considers home, South Carolina. Mr. Smith received his B.A. in Visual Arts from Francis Marion University where he double-majored in Graphic Design and Photography. While at Francis Marion, Mr. Smith was an active member of the Alpha Tau Omega fraternity. After college, Mr. Smith worked as a graphic designer and then spent several years in business to business sales, pharmaceutical sales, and medical device sales. While in sales, Mr. Smith was the recipient of many awards and recognitions for his accomplishments. Mr. Smith also saw how many of his colleagues were treated during his sales career and realized how brutal the industry could be. It was during his career in sales that Mr. Smith realized his calling, he wanted to change his profession and assist those who didn’t know how to push back against unjust action. Mr. Smith obtained his Juris Doctor degree from the Charleston School of Law. While at the Charleston School of Law, in addition to attending classes and learning the law, Mr. Smith was an active member in the following organizations: the Student Bar Association, Student American Bar Association, the Alternative Dispute Resolution Society, the Children’s Advocacy and Family Law Society, and the Criminal Law Society. Also while in law school, Mr. Smith worked as a legal intern at the Charleston County Public Defender’s Office, as well as the Bush Law Group. Between these two positions, Mr. Smith had the opportunity to work on many different client issues, ranging from family law and probate matters to felony murder cases. He assisted attorneys with a wide array of matters and has experience in a variety of legal areas which have proven invaluable to the firm... Go to website to read more!