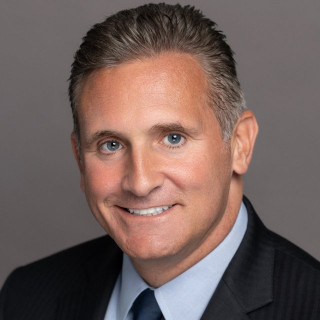 Daniel M. Kotin is a partner and trial lawyer with the Chicago law firm of Tomasik Kotin Kasserman. Prior to founding this firm, Dan was a partner with the prominent firm Corboy & Demetrio. While at the firm he along with Tom Demetrio, set a record for the largest verdict in Illinois for an individual injured in a mass transit crash when he obtained $29.6 million on behalf of a woman who suffered brain injuries in the derailment of a Metra train.

Since founding Tomasik Kotin Kasserman in 2013, he has obtained jury verdicts totaling nearly $22 million and represented victims in cases that have resulted in another $35 million in settlements. Many of Dan’s results have been either record-setting or particularly noteworthy for their type of case. One being when Dan and partner Tim Tomasik obtained a $7.5 million verdict on behalf of the family of a City of Chicago worker who was killed when he was struck by a truck while working on a bridge.

In 1996, Dan held one of the top ten medical malpractice verdicts in Cook County when he and a partner obtained a $10.2 million verdict for a man who was paralyzed due to hospital negligence.

His experience in handling personal injury and wrongful death cases in the areas of transportation, product liability, medical malpractice, and construction has led to great success for Dan's clients in the courtroom.

Outside of the courtroom, Dan's leadership is reflected in many elected and invited positions. In 2017, he completed his term as President of the Chicago Bar Association (CBA), which was the culmination of many years of elected leadership and service to one of the oldest, largest, municipal Bar Associations in the country. In addition, The Supreme Court recently appointed Dan to its Committee on Character and Fitness which evaluates the moral character and general fitness of new applicants to practice law.

Illinois Super Lawyer
Super Lawyers
2011
Since its inception in 2005, Dan has been honored as an Illinos Super Lawyer; a designation given to only the top 5% of all Illinois lawyers.

Kotin's Verdict: Parents: Serving alcohol to minors could be costly
Pioneer Press
May, 2010

The Law -- On Your Side: Automobile Safety Legislation Saves Lives
July, 2009

How the CBA Evaluates Judges, Justice and Law Weekly - YouTube Video
October 25, 2016
https://www.youtube.com/watch?v=5cUwiyg6cZw Watch the latest edition of the Chicago Bar Association’s “Justice and Law Weekly” to gain an insight into how candidates are evaluated by the Association’s Judicial Evaluation Committee and how these evaluations can help you make an informed choice on election day. On November 8, 35 candidates will be elected to fill vacancies on the Appellate and Circuit Court of Cook County, and 58 sitting judges are on the ballot seeking retention. Judge James Flannery of the Circuit Court of Cook County and CBA Judicial Evaluation Committee Chair Scott W. Henry of Segal McCambridge field questions from CBA President Dan Kotin of Tomasik Kotin Kasserman, LLC.