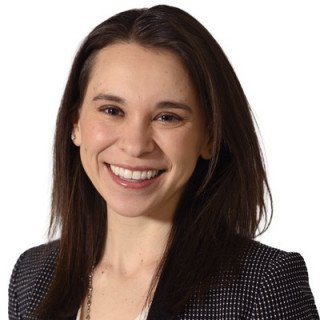 Daisy Ayllon joined Levin & Perconti as a law clerk in May 2013 and was hired as an Associate Attorney upon graduation from law school in May 2014.

During her time at Levin & Perconti, Daisy has worked on an array of cases, including a defamation lawsuit, a case involving a mental-health patient who was negligently discharged from a hospital and later jumped from her balcony and eventually died, and several other elder abuse, nursing home and medical malpractice cases. “This is an area of the law where one is constantly reminded of how the justice system impacts people in a very personal way,” she said. “Being a lawyer at this firm means that I can bring all my passion, compassion, and intellect to find legal solutions that quite literally change people's lives.”

Daisy attended Chicago-Kent College of Law on a full-tuition merit scholarship. While in law school, Daisy was named to the Dean’s List, served as an Editor of the Seventh Circuit Review, and was elected Vice President of the Moot Court Honor Society. She represented the school in the National Cultural Heritage Law and the Appellate Lawyers Association moot court competitions, winning third place for Best Brief. In 2014, Daisy was also recognized as the Society’s Coach of the Year for her commitment to and enthusiasm about coaching junior members.

Daisy earned her undergraduate degree in Journalism from Villanova University, where she was accepted into the Honors Program.

Chicago Injury Lawyer | Levin & Perconti | What Types of Cases Do We Handle?