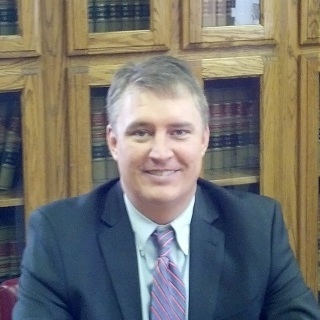 The Law Office of Christopher J. Swatosh, LLC has two locations, in Ava, Missouri and in Ozark, Missouri. We represent clients in personal injury cases, victims in car wrecks and semi-truck accidents, criminal defense, workers compensation, bankruptcy and employment discrimination. We also have an office in Ozark, Missouri. Chris Swatosh has a wealth of civil and criminal trial experience and is a former Prosecutor. Chris is a Missouri native and graduated from college with his Bachelor’s Degree from Central Missouri State University before attending and graduating the University of Missouri School of Law. After law school he became Assistant Prosecuting Attorney for Douglas County before being elected Douglas County’s full time Prosecutor in 1999, a position he held until 2006. He’s also held positions as the city attorney for Seymour (1997-2011), Willow Springs (1999-2001) and Ava (1999-2004). He’s also held the position of Assistant Prosecuting Attorney in Ozark County (1997-99) and Texas County (2003-04) as well as the Municipal Court Judge for the city of Ava (2004-05). Chris is licensed to practice in the State of Missouri as well as the Western District of Missouri Federal Court. Chris represents clients throughout the state of Missouri in personal injury (car wreck and semi-truck accidents), worker’s compensation and criminal cases but most of his clients have civil and criminal matters in the counties of Douglas, Wright, Ozark, Greene, Christian, Texas and Howell. He also represents clients in municipal courts, normally for traffic tickets or misdemeanor charges. Those municipal courts include Ava, Gainesville, Hartville, Seymour, Mountain Grove, Cabool, Willow Springs, West Plains and Houston. In bankruptcy cases Chris represents clients in the Western District of Missouri Federal Court. Chris is compassionate about his clients’ legal matters and offers aggressive, zealous representation. Call today to arrange an office visit or telephone