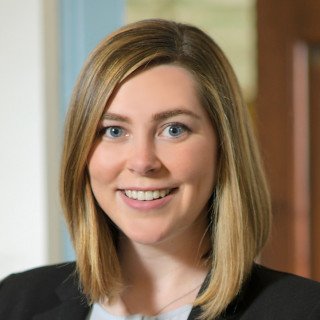 Chelsey A. Christiansen is barred in Pennsylvania and most recently barred in New Jersey. Chelsey joins High Swartz after completing her clerkship with the Honorable David R. Workman of the Lancaster Court of Common Pleas.
Prior to her Clerkship, Ms. Christiansen clerked at Rubin Glickman P.C. of Lansdale Pennsylvania where she drafted motions and also shared her legal knowledge on Legally Speaking, a local radio show. Prior to this position, Chelsey was a certified legal intern at Community Legal Services, Family/Child Advocacy Unit where she drafted an appellate brief and the Bucks County Public Defender, Juvenile Unit.

A graduate of the Thomas R. Kline School of Law at Drexel University, Ms. Christiansen was honored with the Eve Biskind Klothen Law Student Pro Bono Distinction award. She also received the CALI Excellence Best Student Performance Award in Education, Inequality and the Law and Current Events in Law. Chelsey was the founding member of the Kline School of Law Family Law Society where she also served as president.

Chelsey’s undergraduate was obtained at Penn State where she majored in Psychology and minored in Human Development and Family Studies. During her time at Penn State, she co-founded Boulevard, a community service program whose main efforts donated time and assets to THON. This work in turn benefited the Four Diamonds Fund in its efforts to funding a cure for pediatric cancer. She is dedicated to children’s rights and hopes to focus her legal career in children and family welfare.

When not practicing law you can find Chelsey rooting for her favorite teams, the Eagles and Flyers. She shares that passion with her father, who has had Flyers season tickets since 1980. She also hopes to soon get season tickets to PSU football where she is a member of the Alumni Association.