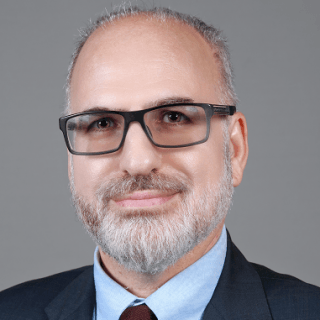 Carl P. DeLuca, Esq., is an attorney with over 30 years experience practicing law. He graduated from Moses Brown School, in Providence, Rhode Island in 1978. He received his Juris Doctorate from Hofstra University in 1985. In that year, he began practicing with his late uncle, Ralph C. DeLuca, in Johnston, Rhode Island. Attorney DeLuca may be best known for his litigation of sexual abuse cases for which he recovered over 15 Million Dollars for his clients and for his other Personal Injury cases including car accident cases, malpractice cases and wrongful death cases. However, he has been practicing in Bankruptcy Court and Family Court for nearly 30 years, as well. Attorney DeLuca’s office is in Warwick, Rhode Island.

Can I Discharge The Taxes I Owe in Bankruptcy in Rhode Island?
Carl P. DeLuca, Attorney at Law LLC
December 30, 2020

Can I Keep My IRA in Bankruptcy in Rhode Island?
Carl P. DeLuca, Attorney at Law LLC
December 3, 2020

Is it Worth Getting a Divorce Lawyer in Rhode Island?
Carl P. DeLuca, Attorney at Law LLC
November 1, 2020

Getting a Divorce After Age 45 in Rhode Island
Carl P. DeLuca, Attorney at Law LLC
October 13, 2020

Can I Discharge Income Taxes in Bankruptcy?

You can discharge income tax liabilities in bankruptcy. Let me tell you how. Many people don't even consider filing bankruptcy because they believe it's not worth it since they still...

Can I Keep My House In a Bankruptcy?

Can I keep my house in a bankruptcy? The answer to that question is almost always, "Yes," but there are certain conditions. I'll explain! www.delucalaw.com, call/text 401 384-0355. Related blog,...

Carl P. DeLuca, Esq discusses the process and requirement for a termination and adoption in Rhode Island. If a parent is unfit, uninvolved or completely absent from a child's life...

Q. i was at a stop sign at a intersec. both lanes stopped to let me cross. a car passed the car on the rh leting me out ?
July 22, 2021
A: Initially, the auto insurance companies may determine that the other vehicle had the right of way because that's the way they think, but there is Rhode Island case law stating that if the car ahead of you stops for something you have a duty to determine why before proceeding. The fact that the vehicle went into the breakdown lane is also a problem for them since they technically may have left the lane of travel and they really had a greater duty of care before doing that and passing the other cars. I have successfully litigated and settled cases like this. Don't let the adjusters mislead you.

Q. Is it legal to be using my name in a trademark store Jerris Apparel?
June 30, 2021
A: Could you clarify that question? I'm not sure what you're asking.

Q. My son turns 18 this month in NH while I reside in RI. Ex-wife is claiming to take me to court to extend the support.
June 28, 2021
A: Unless the child support order that you currently have was separated into two amounts, one for each child, you are going to want it to be modified because that order won't be reduced to an amount appropriate to one child on its own. Either parent can move to modify based on a change of circumstances and certainly the fact that there will be one child who is a minor instead of two is a change in circumstances. As to how much she can get, there are guidelines with which you can get a general idea as to the amount to which she may be entitled, but there are a few variables and it's best to run it by a lawyer. I think it's always best to at least consult with an attorney before you litigate something on your own. Most lawyers will tell you honestly if a matter is too complex for you to handle on your own.